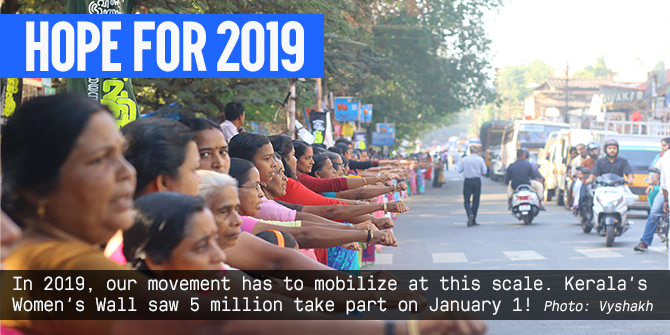 On New Year’s Day, nearly 5 million came out and formed a “women’s wall” across Kerala, in south west India. They were mobilizing for gender equality in a stunning show of the potential of people power in the region. Journalists are picking up on the trend too, noting how public pressure is set to achieve some big climate breakthroughs in 2019. Meanwhile, in Delhi, winter conditions are bringing air pollution to extreme levels, and it’s got people questioning why coal plants are still even up for consideration there and in neighbouring Bangladesh. A new plan set to bring India a whopping 500 GW of renewable capacity in 9 years (almost 4x the current electrical capacity of Canada!) could help – if the government follows through. 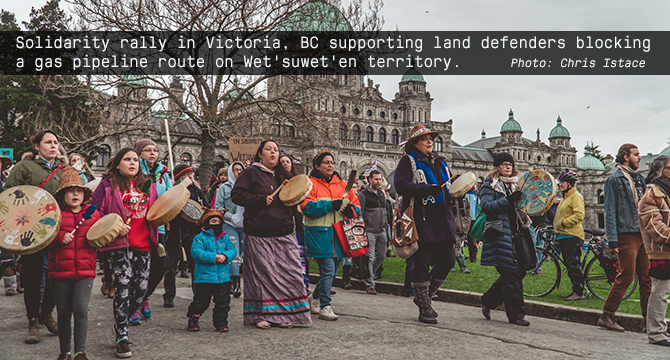 In Canada, Indigenous land defenders on unceded Wet’suwet’en territory called for international demonstrations of solidarity as police violently arrested them and raided their blockade to force a path for a fracked gas pipeline owned by TransCanada. The outpouring of national and global solidarity on January 8th included 67 actions around the world. A fossil fuel company once again has the greenlight to bulldoze over Indigenous rights under Prime Minister Justin Trudeau’s watch despite his promises of reconciliation with Indigenous peoples. You can learn more about the police raids in this video. You can support Indigenous land defenders at the Unist’ot’en camp here. 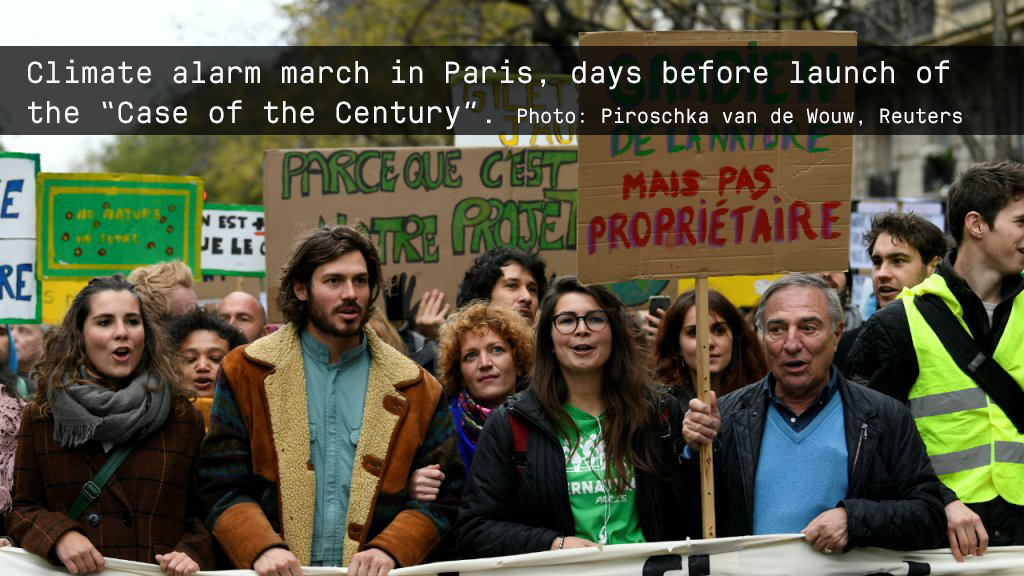 A new climate lawsuit in France is making headlines as the most signed petition in the country’s history. L’Affaire du siècle saw over one million signatures in just two days, and is now approaching 2 million. A group of NGOs behind the initiative will take the French State to court to ensure it respects its climate commitments. And climate litigation isn’t just making waves in France – this article shares some exciting climate lawsuits to watch, from Colombia to the Netherlands.

School climate strikes are still spreading globally at an astonishing pace, thanks to young people. Four are being planned inUganda, and we’re hearing there will be over 40 in Germany next week. The weekly strikes by concerned school children are also known as #FridaysForFuture. Just this Friday, over 10 strikes were reported in tiny Switzerland, and over 1,000 people attended one in Brussels Thursday.

Washington DC recently passed the most ambitious 100% renewable energy bill in the US. Not only does it set a huge target, but it includes critical key provisions to help protect low-income families and ensure all DC residents are included in the transition to a clean energy future. And yes, you guessed it, there was a years-long campaign of engaged people leading the charge. One of the key organizers, Barbara, shows us how it was done. You can also watch her full interview and learn more on the momentous bill here. 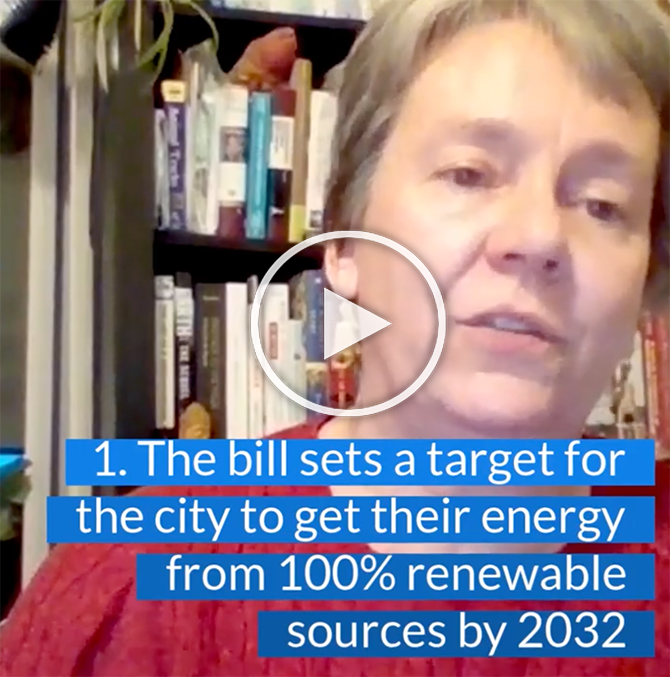 There is plenty of reason to be hopeful that 2019 will be the year we tip the scales back towards justice. We need more people involved in the movement than ever before. So watch this rundown on the year’s start, and then share it with a friend or two who might want to get involved!

Why 2019 is the year for people power

Is this the year we realise our collective power and tip the scales back towards justice?

To keep receiving breaking Fossil Free News in the new year, sign up for delivery to your inbox every two weeks.