It feels like things in this movement are changing, and fast.

With the recent news that we’ve hit 415 parts per million of carbon dioxide in the Earth’s atmosphere – that change is sorely needed.

We know from the past that change doesn’t come out of nowhere. So this week we’re zooming in on some of the groups building local power and real change through their local organizing.

Climate breakdown may be accelerating at a scary pace. But so is the scale and range of action people are willing to take to create a better future, free from fossil fuels. Here’s the latest. 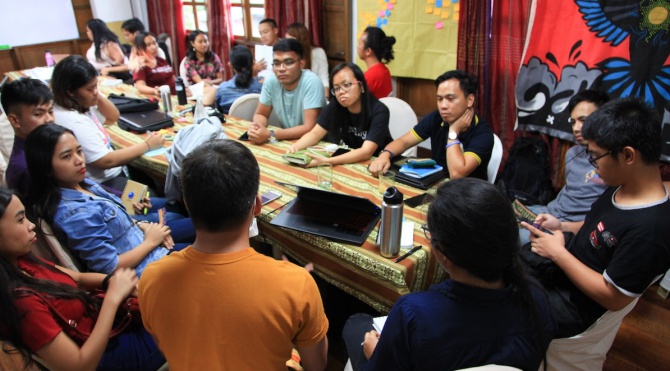 Mark your calendars: In the Philippines, student climate organizers from Luzon, Visayas and Mindanao gathered in Manila for a day of joint skill-sharing and planning for the upcoming global school strikes on May 24. Similar preparations are underway across Asia, Latin America, North America, Africa and Europe for over 700 school strikes in 94 countries next Friday. Parents around the world are stepping up their shows of support, with this open letter in the Guardian and big International Mothers Day marches last Sunday. 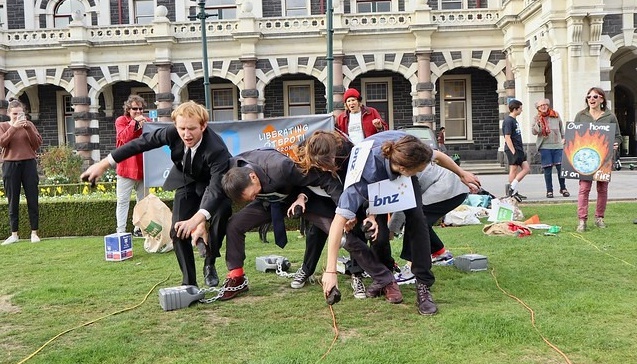 The Race is On: In Dunedin (above), Wellington, and 5 other cities, organizers staged local ‘races’ where New Zealand’s banks competed to become the first to go fully Fossil Free. They’re urging the banks’ real-life counterparts to do the same and stop funding fossil fuels. Read more 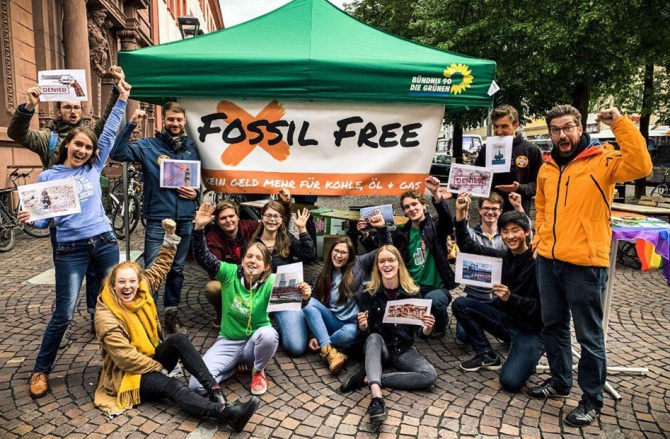 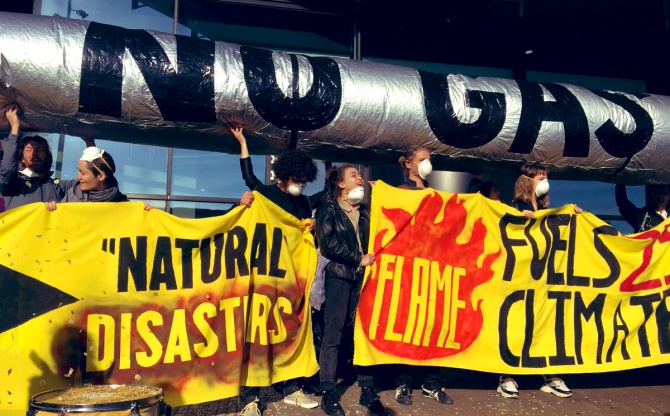 ‘Flame over’ for gas: On Monday, activists blocked the 25th annual Flame gas conference in Amsterdam, which brought together over 500 companies in the fossil gas industry. Using a range of creative tactics, activists (aka gastivists) successfully shut down the reception on the first day: “flame over” for the gas executives.

No Williams Pipeline:  New Yorkers in the heat of a three-year campaign temporarily stopped the controversial Williams fracked gas pipeline, as regulators issued a rejection “without prejudice” yesterday. Days earlier, Mayor Bill de Blasio – who was a big advocate for the city’s staggering divestment from fossil fuels in 2018 – came out in strong opposition. But their fight is not over: activists are pressing on to ensure it never gets built, and demanding a state-wide ban on all fossil fuel projects. Read more

Sunrise Movement has been an inspiring people-powered force for the Green New Deal in the United States. Mikala, who grew up in Paradise, California – the town razed by the Camp Fire last November – tells the story of how losing her town led her to get involved in the movement. Watch

Torres Strait Islanders launched the first climate litigation of its kind against the federal government of Australia. These low-lying islands to the north of the continent – most of which are part of Australia – are at serious risk due to the climate crisis: watch.

The “potentially groundbreaking” Torres Strait case is based on human rights: Australia has an obligation to protect its people and their home by providing adaptation funds, and drastically reducing emissions by putting an end to coal. Read more about the case, and sign GBK’s petition to support the campaign:

That’s the news for now! If you still are not signed up to receive Fossil Free News regularly by email, make sure you do sign up here.