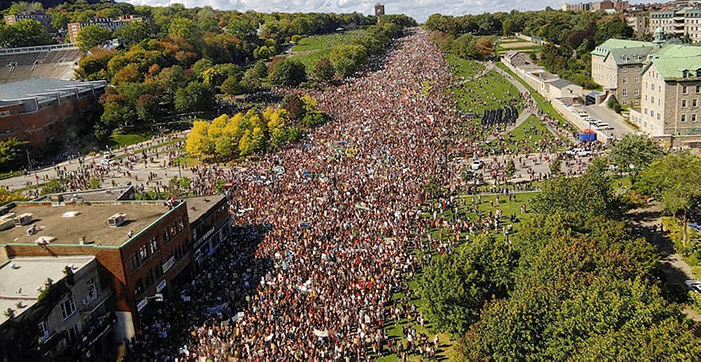 An estimated 500,000 people came out in Montreal. Photo: bamjamin, Instagram

At it again: On Friday, 27 September, a second wave of strikes swept the globe. In New Zealand, 3.5% of the population – a significant figure – were out in the streets. And in some cities and towns, and in island nations like Tokelau, the participation rate was much higher. By day’s end, millions had mobilised in India, South Korea, Italy, Portugal, Ghana, Spain, Canada, Argentina, and elsewhere. Read more. 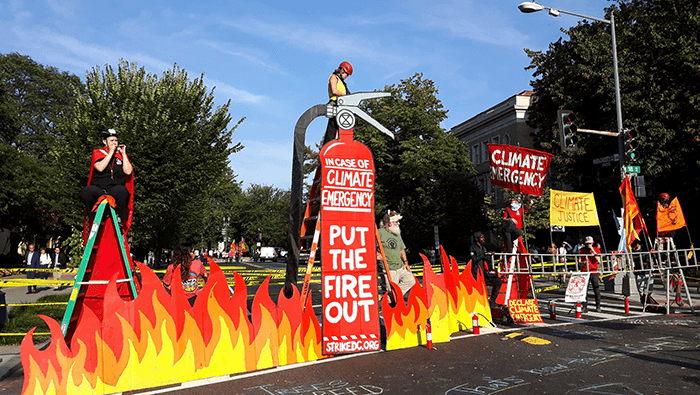 “How dare you”: Greta Thunberg delivered one of her most powerful speeches yet at the United Nations in New York, calling out leaders’ for their false solutions in the face of the biggest climate protest in history. Meanwhile, a broad coalition of activists shut down parts of Washington, D.C. to demand urgent action against the fossil fuel industry. Read more. 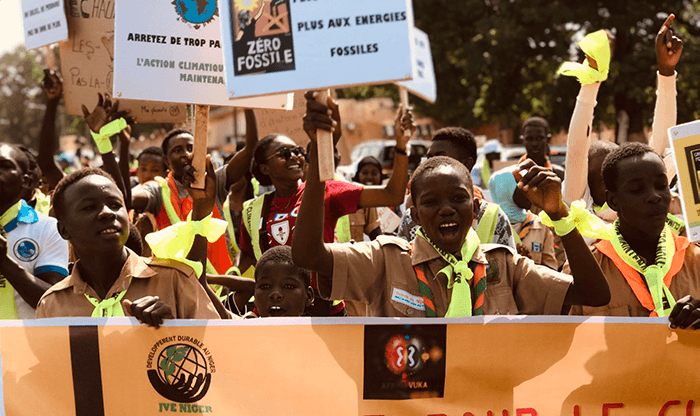 The strike in Chad in on 27 September. Photo: Mahamadou Amadou

Afrika Vuka: After thousands came out across Africa on 20 September, beautiful actions (including a trade union-led protest) took place again the following week in Chad, Tanzania, Nigeria, Ghana, and more countries to demand a just and renewable future. Watch the highlights 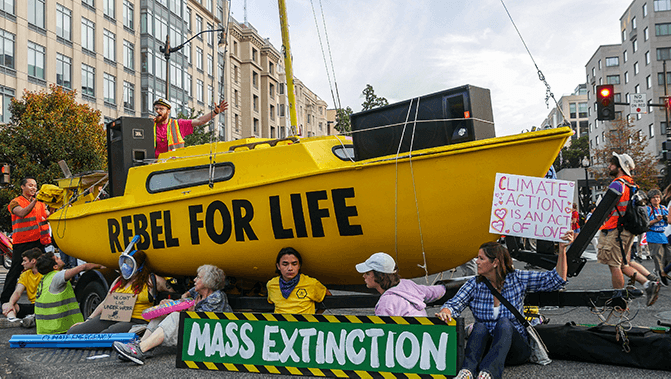 Season of change: Our week-long strike might be over – but climate action groups are gearing up for the months to come. Fridays for Future continues to call strikes every Friday in cities worldwide to pressure local leaders, and another global strike is in the works. Expect escalated actions around the world as Extinction Rebellion gears up for their two-week International Rebellion starting 7 October.

In this special report from Argentina, activists expose the gas leak behind a recent fire at the second largest shale gas reserve in the world. Vaca Muerta in northern Patagonia is becoming an iconic site of resistance. Read more

To find out more about how to resist fossil gas around the world, sign up for an upcoming webinar from the Gastivists’ October webinar series.

What happens next is up to us: We can’t afford to return to business as usual. We must keep the pressure on governments, the fossil fuel industry, and the banks who fund them over the coming weeks and months.

Last week was beautiful and historic — with 7.6 million in the streets.But we can't go back to business as usual. Together, we'll keep up the pressure to end the age of fossil fuels. Here's what's next#FridaysforFuture #ClimateStrike

Find ways you can continue working to build a just, equitable, and fossil fuel-free world, whoever and wherever you are. Use the momentum to train up and bring new people into the movement, or join an upcoming action: See what’s next.