Breaking: A Kenyan court just revoked the license for Lamu coal plant. First proposed in 2015, the Lamu community have fought for years to stop Kenya’s first coal-fired power plant being built. It’s been challenged fiercely by local residents, activists, scientists & lawyers not only for its climate implications, but also because Lamu is a UNESCO heritage site preserved for its biodiversity and rich multicultural heritage. Watch

On to the next one: Another site of impressive natural heritage at risk from coal is due for its own decision. The Sundarban mangrove forest in Bangladesh is home to 4.5 million people and the royal Bengal tiger. Despite a years-long resistance from residents, the government is still pushing construction of Rampal coal plant in the forest. Earlier this month, the international union for nature conservation called for the site to be placed on UNESCO’s endangered list, because of danger from the plant and other industry. From July 1 in Baku, Azerbaijan, UNESCO officials will gather to make the final decision. Now is a crucial window for us to let them know – the Sundarbans must be saved, too:

Global heating: India has been suffering from sustained deadly temperatures with some cities reaching 50˚C degrees and Europe is sweltering under record-breaking temperatures this week too. Scientists are still reeling from the desperate new data showing Greenland’s unexpectedly rapid ice loss. 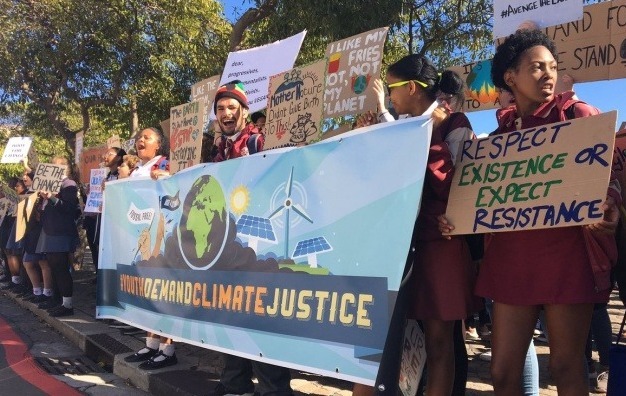 Youth Power: Hundreds of youth in cities across South Africa marked the anniversary of the Soweto youth uprising, a historic turning point in the movement against apartheid. This time, they’re standing up against ecological apartheid and climate crisis. Their actions resonated far and wide, with President Ramaphosa responding in his annual State of the Nation address. Read more 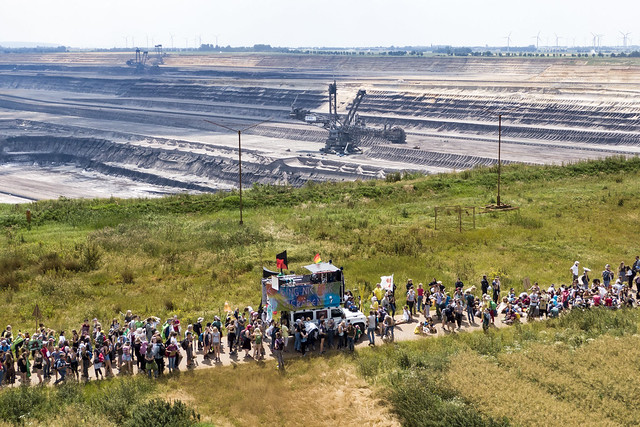 People assemble on the edge of Garzweiler mine in solidarity with activists below. Photo: Alle Dörfer

No further: Over the weekend, thousands from across Europe came together to shut down a coal mine through peaceful direct action. Every year the number of jump-suited activists willing to descend into the dirty heart of Germany’s lignite mines grows. And this time, 40,000 more striking students stood with them in solidarity. Read more.

Wait, what?: One day after declaring a climate emergency in Canada, Justin Trudeau approved the Trans Mountain Expansion pipeline to transport Alberta’s tar sands to the western coast. Trudeau’s hypocrisy is in stark contrast to the 7,000 people who showed up at over 200 town halls to develop the detail of a Green New Deal for Canada. Spoiler alert: there’s no room for tar sands expansion in the deal. Read more 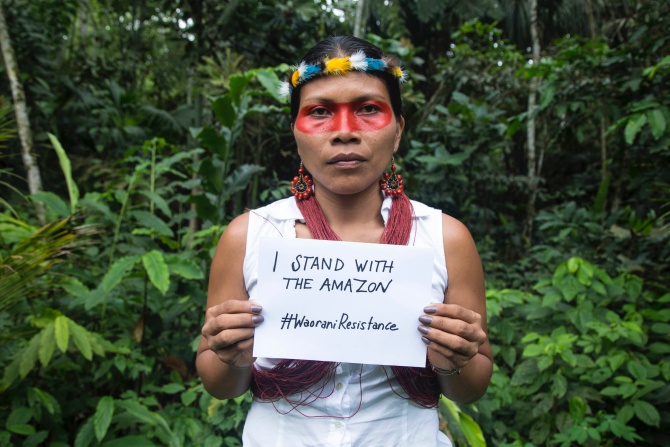 Not for sale: On 1 July, the Waorani people go back to court to defend their historic legal victory against the Ecuadorian government’s plans to drill for oil in the Amazon. Waorani youth have been active and innovative digital campaigners and are organizing a global day of action to get more signatures on the petition they’ll hand deliver before the trial. Stand with them

No rest for Australian activists: Adani received approval for the enormous Carmichael Mine, which plans to export coal through the Great Barrier Reef. Snap ‘climate emergency’ actions are being held across the country in response. More on the approval

In this powerful video to mark this year’s World Refugee Day, Cheikh Fadel Wade takes us to Bargny, a fishing town on the coast of Senegal. The effects of climate-fueled coastal erosion, rising seas, and drought are rippling through the community, leaving many with no choice but to emigrate in search of a new home. It’s a powerful reminder that climate justice also requires migrant justice. Watch

Pressure on Japan is reaching new levels ahead of the annual G20 summit there this weekend. Demonstrations – and Pokémon! – have been springing up outside Japanese embassies in Asian cities, to demand Japan step up and end coal financing. Thousands more globally have added their voices to the call – now is the last chance before the summit to let Prime Minister Abe know that the world is watching. Sign the petition

That’s it for now! If you want to receive regular updates by email, make sure you sign up to get Fossil Free News.