Fossil Free News is published every 2 weeks. Sign up here to get updates like these directly to your inbox. 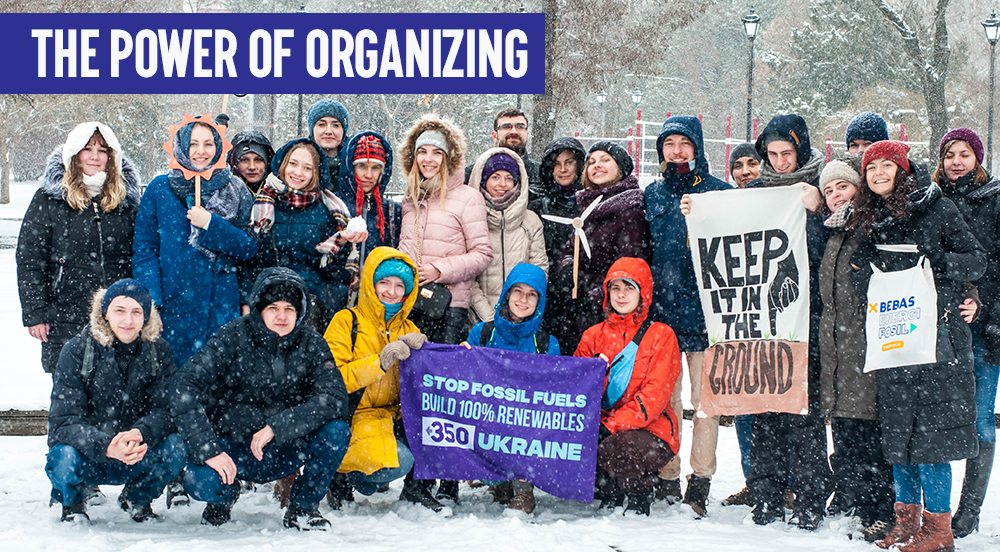 Organizers from Eastern Europe gather in Mykolaiv, Ukraine to kick off a new climate leadership program.

Young people in Ukraine didn’t let a blizzard stop them from coming together to share best practices at ‘Activate Energy – 2019’. They were building on recent progress from cities in Eastern Europe to pass resolutions for 100% renewable energy. And in the Philippines, young people gathered on the beautiful (snowless) island of Negros to build up campaigning skills and link their local campaign to keep the island coal-free to resistance happening nationally. Meanwhile, in Kenya, people leading Fossil Free campaigns across Africa traveled to Nairobi for the week-long Afrika Vuka gathering. 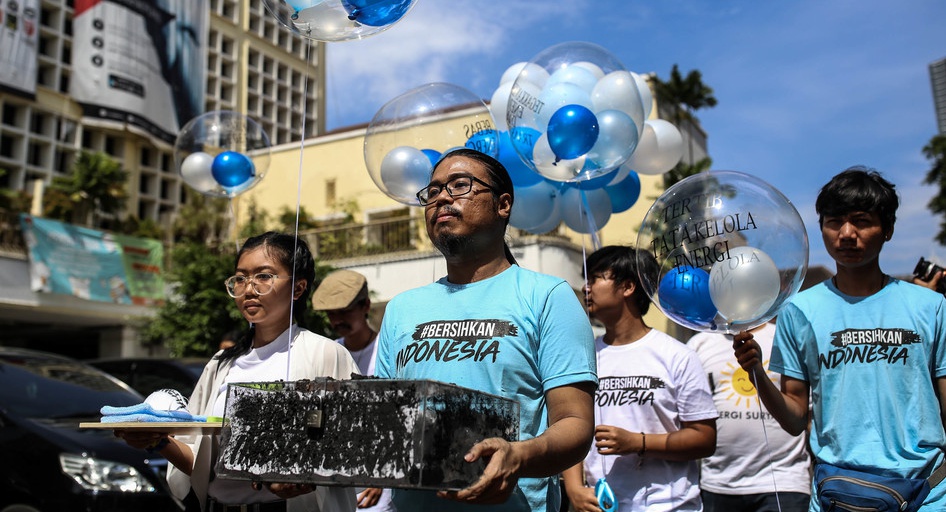 Members of the ‘Clean Indonesia’ coalition brought symbols of the energy transition outside the National Election Commission in Jakarta. Photo: Gary Lotulung

A national movement is growing ahead of Indonesia’s presidential elections. In Jakarta, activists from 350 Indonesia along with other groups staged an art protest. They’re demanding that presidential candidates show real, actionable commitments to a just transition to 100% renewable energy for Indonesia. The action was strategically timed ahead of the second Presidential debate, which discussed energy, food security, and environmental problems. 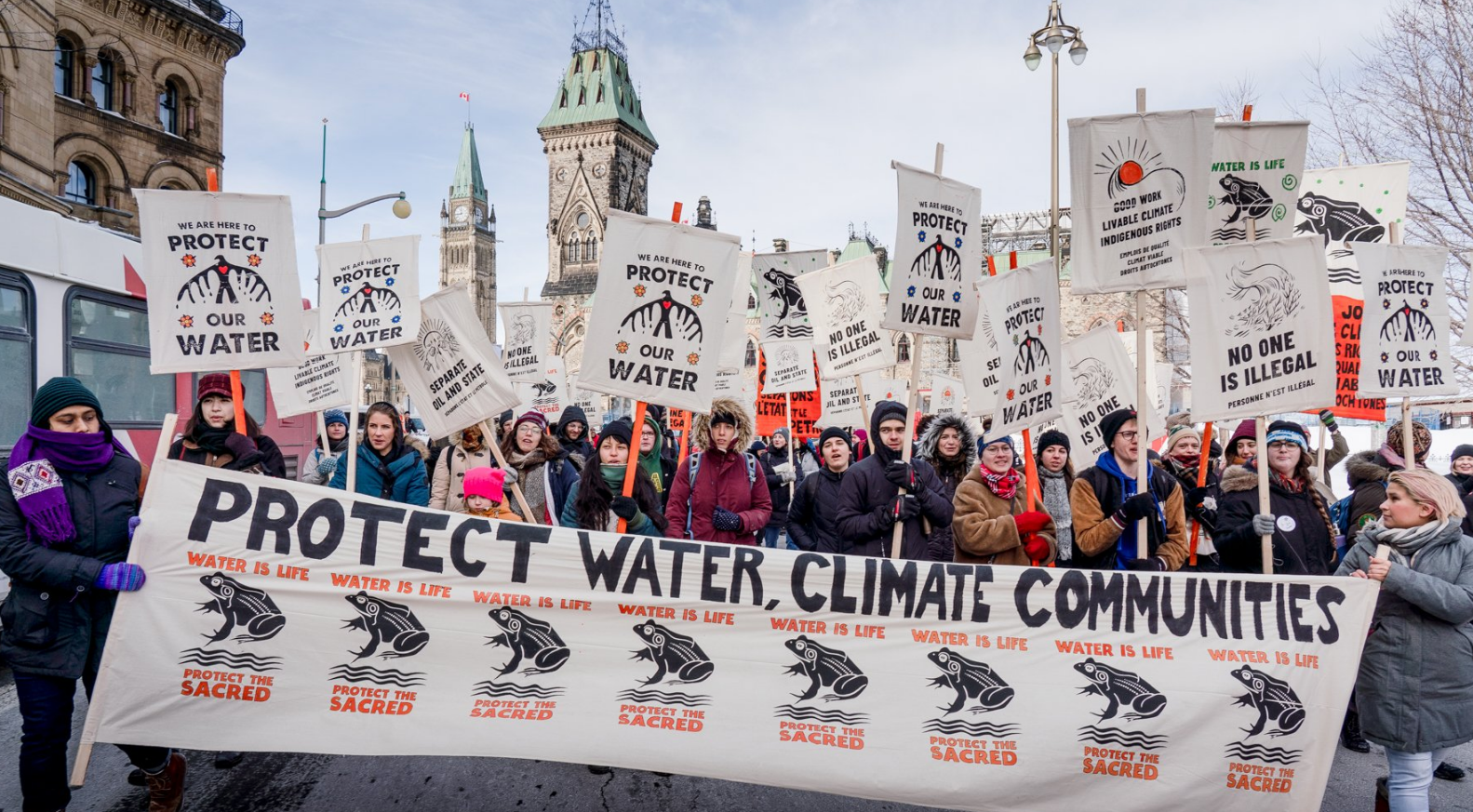 On the last day of Powershift: Young and Rising, young people put new campaigning skills into practice at a rally outside Canada’s parliament. Photo: Alan Lissner

Over 400 people from across Canada gathered in the nation’s capital, Ottawa, on Algonquin Anishinable land for a four-day exchange to build up young leadership. The convergence covered topics of Indigenous knowledge, storytelling, intersectional movement building, and non-violence direct action training. A mass march shut down the streets of Ottawa, from Parliament Hill to the Canadian Association of Petroleum Producers office. People also went out canvassing to talk to skaters-by on the Rideau canal about what a Green New Deal could look like in Canada. They weren’t the only ones to ask the question: The Leap podcast talks about it in its premiere episode. And new reports show climate strikes have also spread to Canada, like this one in Montreal.

And on the other side of the world, young members of Seed, Australia’s indigenous youth climate network, staged a powerful sit-in in the Parliament’s marble foyer to highlight dangers of fracking in the Northern Territory, the Murray Darling crisis and lack of water. Just a few days later, Adani had their ruthless strategy for stamping out opposition to their controversial Queensland mine leaked, and sixteen people in India filed a lawsuit against the company to strike down a sketchy land acquisition for a new thermal plant.

And finally, in France, a Fossil Free gathering took place days after a new law to divest public savings funds was submitted to the National Assembly. Divestment has been steadily racking up wins outside of France too: in the UK, Sewlyn College sold it’s £890,000 stake in Royal Dutch Shell, and Essex and Keele universities made commitments while hundreds showed up for a day of action at the British Museum to denounce and break their partnership with BP.  Meanwhile, Itochu in Japan pledged to end financing to thermal coal plants and Glencore announced a surprising new cap on coal production. 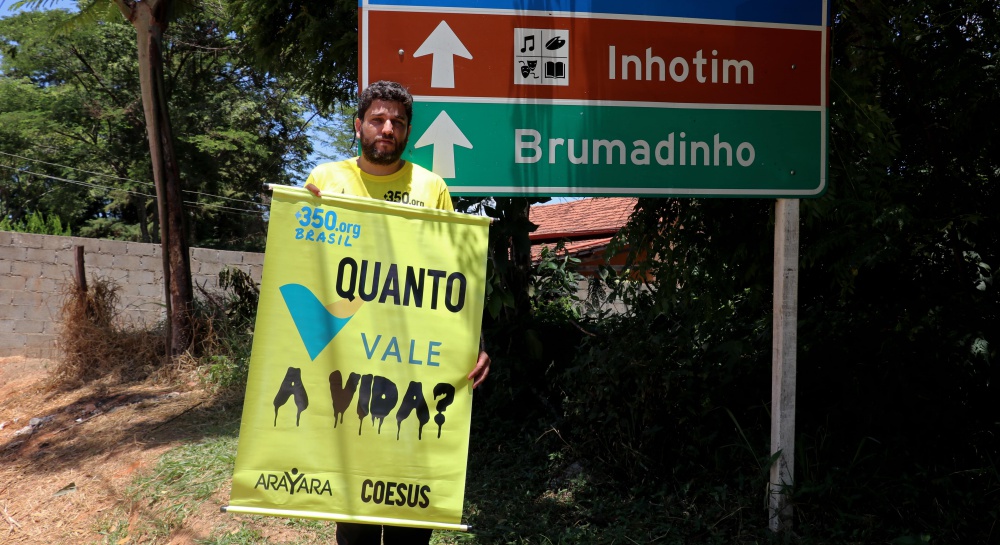 In January, a devastating dam collapse in Brazil killed 150 and caused irreparable damage to the local environment. In this special interview, campaigner Renan Andrade shares what he found out in the aftermath of the collapse after spending a week in the area, and reflects on just how crucial social and environmental organizing is to advocate for communities at risk.

In Turkey, intense momentum is building ahead of municipal elections, with climate victories on all fronts this month.  Grassroots groups are celebrating the parliament’s withdrawal of ‘Article 45’, which would’ve allowed exemptions on pollution for privatized coal power plants to run until 2021. Many coal plants were cancelled or postponed, including the iconic Bartın plant which has been an important symbol of hope for the movement. Watch the video rundown for more on all the wins.

That’s it for now! Sign up here to get updates like these directly to your inbox every two weeks.