This edition of Fossil Free News was originally published as an email on December 28. Sign up here to receive it directly every 2 weeks.

Here are 10 of the top people-powered moments from the movement to go Fossil Free in 2018. There are so many more that don’t fit here – you can also flip through  incredible photos from the year on Flickr. 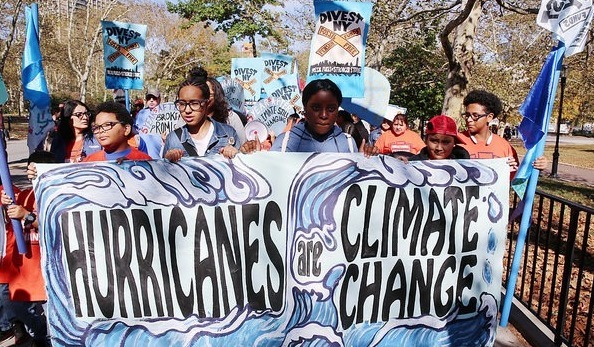 1. New York divests. The year began with a big announcement from New York City – that it’d divest its $189-billion pension fund from fossil fuels, and take five of the most climate-wrecking fossil fuel companies in the world on in the courts. That set the stage for more major announcements later on in 2018, including divestment from the country of Ireland and France’s investment arm the Caisse des depots et consignations.

2.  “No deal” in Brazil. In March in Rio de Janeiro, inside an auction for oil and gas blocks, no offers were made after activists from around the country delivered a powerful speech on the climate imperative. An equivalent 3.2 billion barrels of oil were left in the ground. The groups continue to target these auctions.

3. New Zealand passes a fossil fuel ban*. In April, years of campaigning from community, environmental groups, and iwi in New Zealand paid off when Prime Minster Jacinda Ardern announced a ban on all new* offshore oil and gas drilling. In November, it was passed into law. 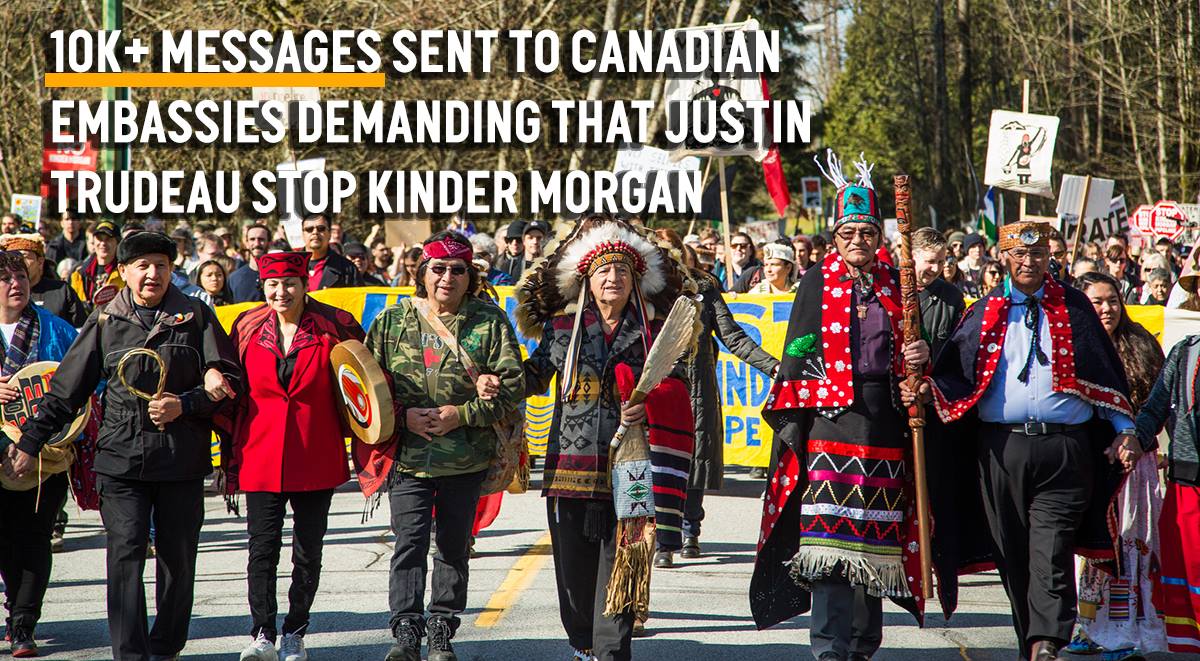 #4. Kinder Morgan, stopped. In Canada, incredible mobilization throughout the year culminated in the Federal Court of Appeal ruling to overturn government approval of Kinder Morgan’s Trans Mountain pipeline extension, which would pipe Alberta crude west for export through fragile ecosystems on the Pacific coast. Indigenous groups were leaders of the resistance, and thousands of you from around the globe sent in letters to Canadian embassies worldwide. 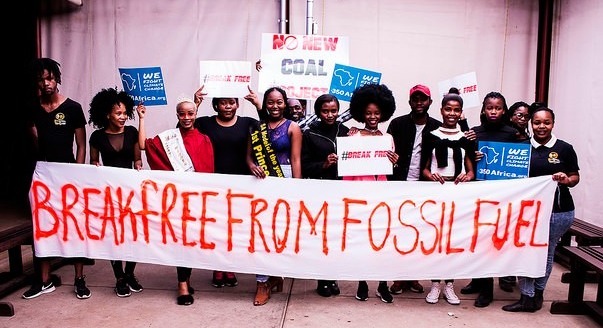 #5. Africa-wide day of action to DeCOALonise. On 25 May, coordinated action to Break Free from fossil fuels took place in the Democratic Republic of Congo, South Africa, Nigeria, Senegal, Ghana and 13 other countries across Africa. It launched an ongoing campaign to DeCOALonise Africa from fossil fuels and encourage a switch to renewable energy. More photos from the day around the African continent here.

#6. 100% renewable energy in Ukraine. Starting with the city of Zhotymyr in June, 2018 saw multiple cities in the Ukraine pass local resolutions to commit to 100% renewable energy. Kamianets-Podilskyi, Chortkiv and Lviv made similar announcements in September, and there are signs the trend is spreading in the wider region. 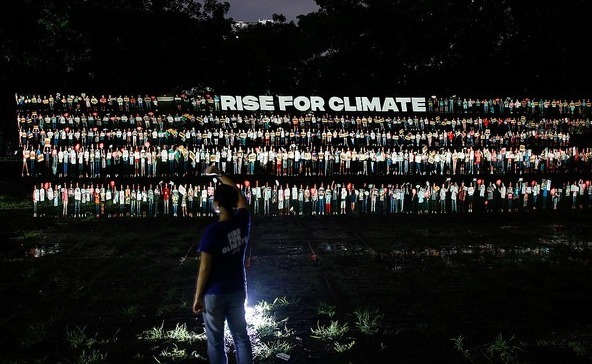 #7. Virtual marches. In the Philippines and Turkey, people found ways to overcome tricky political contexts to push for climate action by sending their self-portraits in solidarity.

#8. Rise for Climate on all 7 continents – including Antarctica. September 8 saw over 200,000 people worldwide come out for over 900 events demanding a Fossil Free world. See highlights from all over the world here and the United States roundup here. 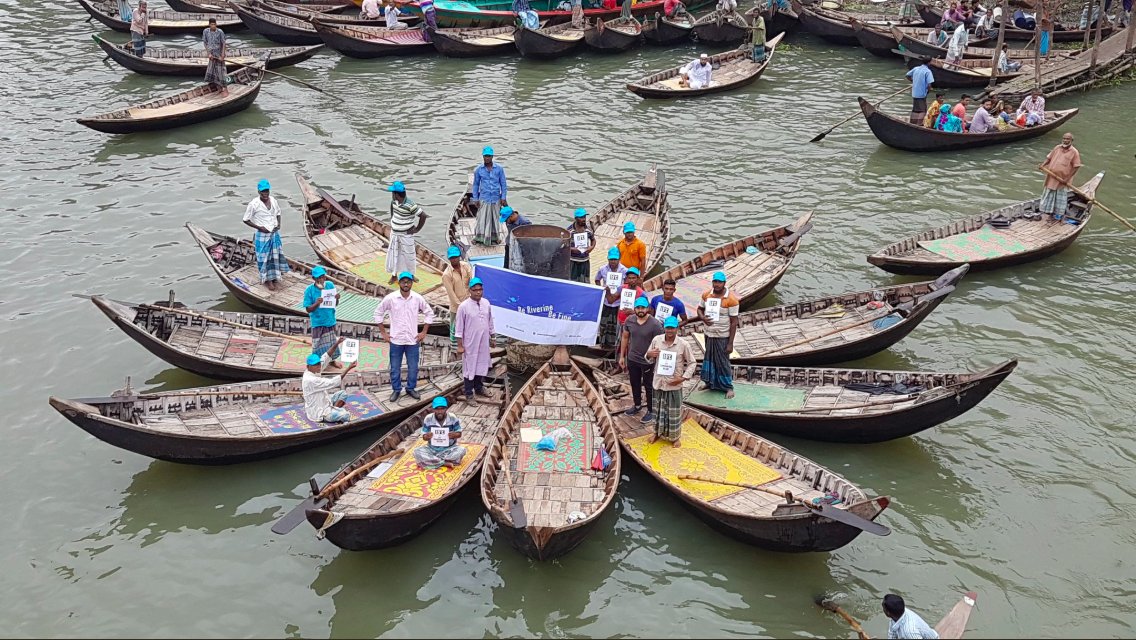 Men on the Buriganga River in Dhaka form a sun with their boats and display printed messages on 1.5˚C. Photo: Sheikh Mohammad Noor Alam

#9. IPCC wake-up call. Scientists issued perhaps the most jarring report yet on climate in October showing that a world above 1.5˚C of warming means serious human costs. Inspired by the report, people sprung to action with creative and diverse tactics, from targeting their local MPs to holding local meetings to discuss the science and implications. Read about the weekend of action here.

#10. Pacific leadership swells. Building on years of organizing and a recent tour in Australia to bring storytelling work to diaspora communities, 15 climate leaders from the Pacific islands called for an end to the creation of new coal mines as well as the expansion of existing ones. They joined and spoke at rallies to stop the Adani megamine in Brisbane, Melbourne, and Australia in December, where striking school students were in attendance. An example of interconnected movements coming together in a powerful way.

This end-of-the year editorial brings in some intriguing movement theory (and numbers!) behind people power, and a vision for where we can be this time next year. 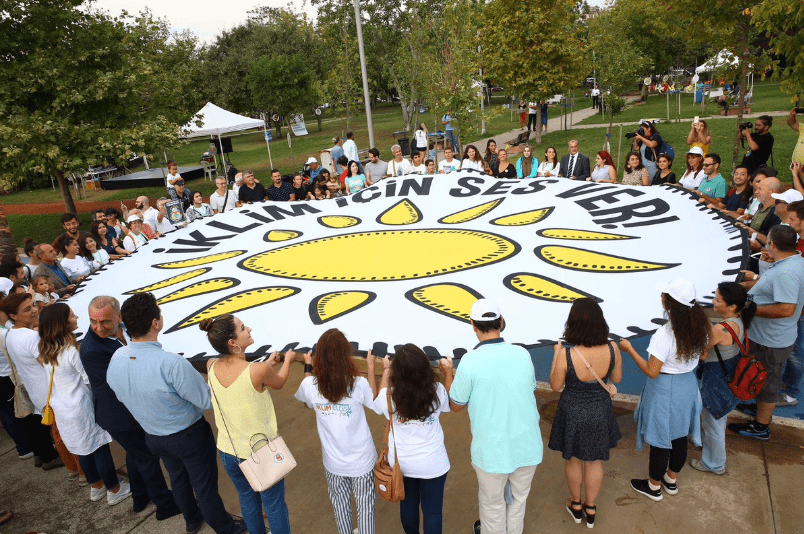 A local Rise for Climate action in Kadikoy, Istanbul, Turkey.

And to finish, I invite you to watch and share the inspiring short video looking back on the year, and setting the stage for everything ahead. 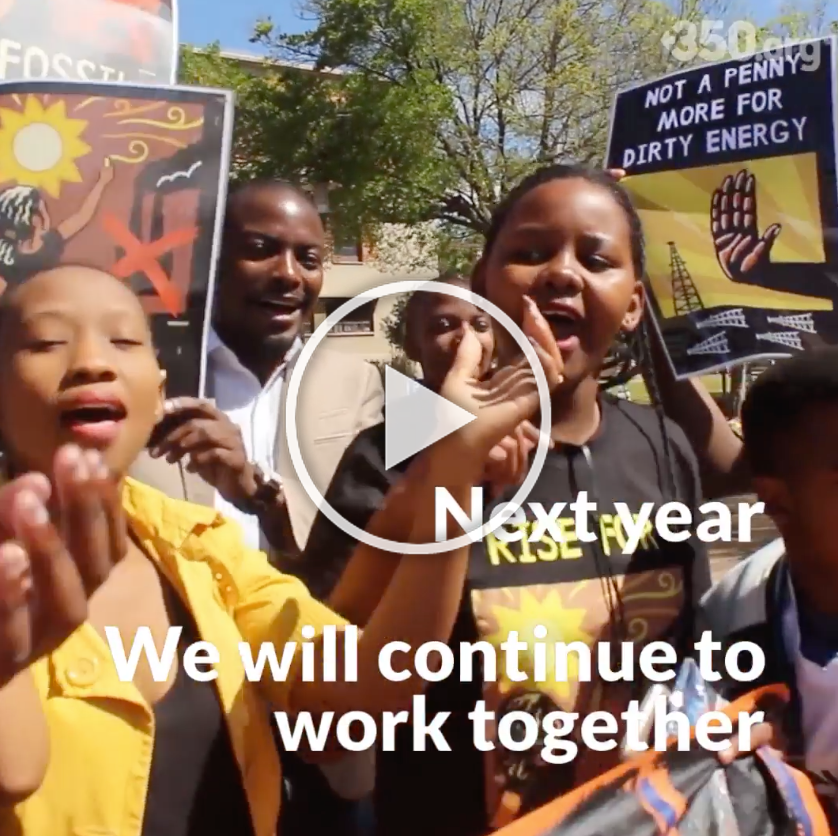 Thank you for an amazing 2018. To keep receiving breaking Fossil Free News in the new year, sign up for delivery to your inbox every two weeks.

*A previous version of this article had language suggesting a ban on all fossil fuels was passed in New Zealand: in fact, the ban applies to new block offers, or permits, for offshore oil and gas. Existing blocks are still active.