Picture this: in just one month’s time, the world will get its biggest wake-up call yet as millions go out on climate strike to stop business as usual. Offices, classrooms, factories, transport, shops and farms will fall strangely quiet. Instead, countless millions of youth, parents, and workers will fill the streets worldwide in a loud and colourful act of collective disruption.

When the Arctic and the Amazon are literally on fire, it doesn’t take a climate scientist to understand we can’t continue down the same path. We can’t keep powering the world with fossil fuels. We can’t keep electing politicians who do nothing. But we can change course.

For the Global Climate Strikes to succeed, we need everyone to believe we can end the age of fossil fuels. This issue of Fossil Free News gives you a glimpse into the lives of regular people who have left their fear behind and are working to make September 20 to 27 a turning point in history. 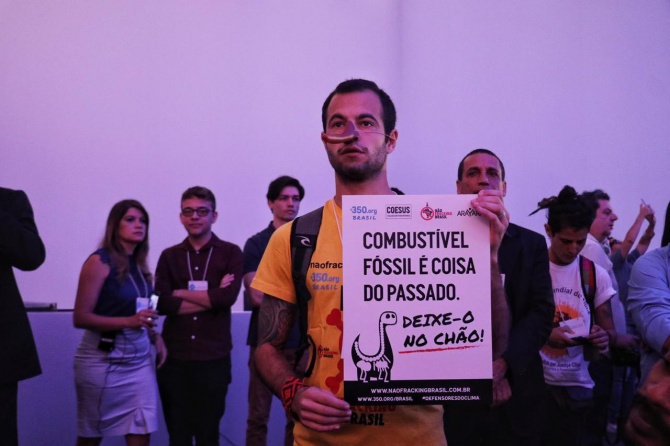 Clad in a pinocchio nose, an activist disrupts a speech from Brazil’s Environment Minister.

Liar liar: International attention has turned to the Amazon, where thousands of fires have been left raging for weeks. Yet Brazil’s Environment Minister Ricardo Salles was at a Climate Week in Salvador to defend fossil fuels. Thankfully, activists were there to call his bluff. More 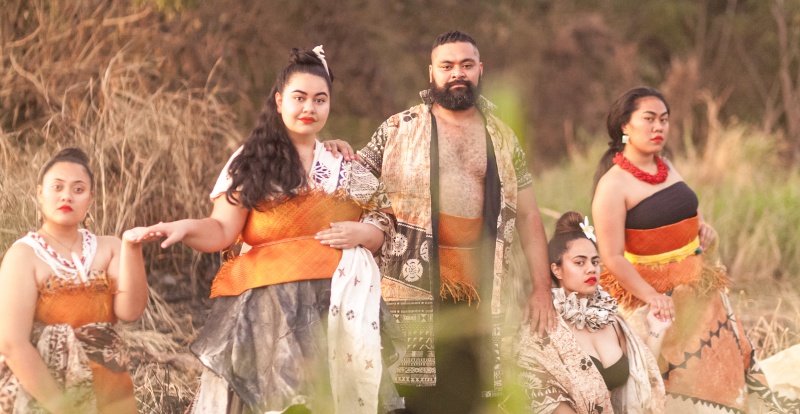 A new storytelling series has been launched ahead of the Global Climate Strike.

Strong winds: 63 Pacific Climate Warriors – islanders on the frontlines of the climate crisis – gathered in Fiji to develop their unique response to this moment in history. Their Matagi Mālohi, meaning ‘Strong Winds’ in Tokelauan, is a powerful storytelling project that centers Pacific identities and strength. They faced colonialist posturing from Australia during the Pacific Islands Forum last week where Pacific leaders demanded Australia prioritise survival over coal. See Matagi Mālohi 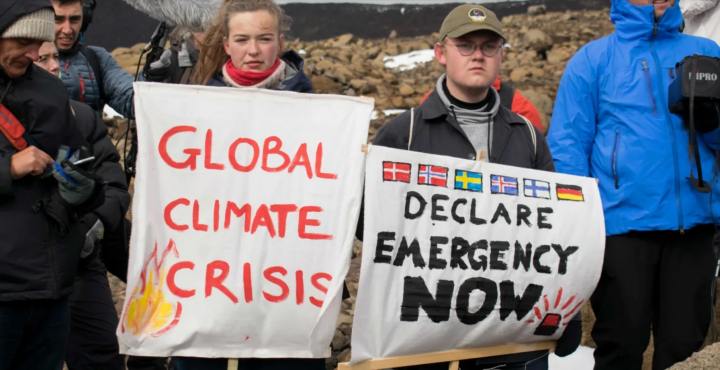 A letter to the future: People walked across Ok volcano crater in Iceland, for a funeral at the site of the island nation’s first glacier lost to climate change. “This monument is to acknowledge that we know what is happening and know what needs to be done.” More 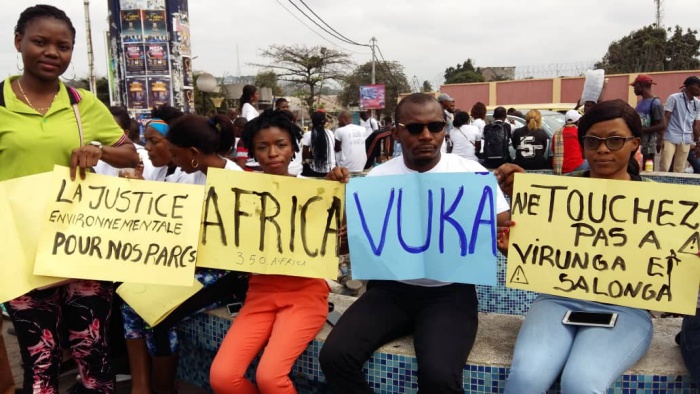 Protesters in Kinshasa demand justice for their national parks.

“We will not stop”: Activists in the Democratic Republic of the Congo are protesting the government’s issuing of oil licenses in Virunga and Solanga reserves. They’re part of Africa Vuka, a continent-wide network gearing up for powerful storytelling around their local struggles for a fossil free world during the climate strikes. Read more 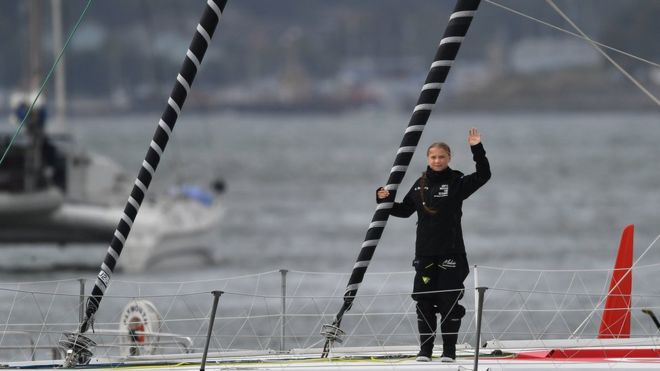 Bold Voyage: Greta marked the one-year anniversary since her first solo school strike from a sailing boat – an experience she’s described as ‘camping on a rollercoaster’. She’s currently in the middle of the Atlantic, on her way to the UN emergency climate summit in New York City. More 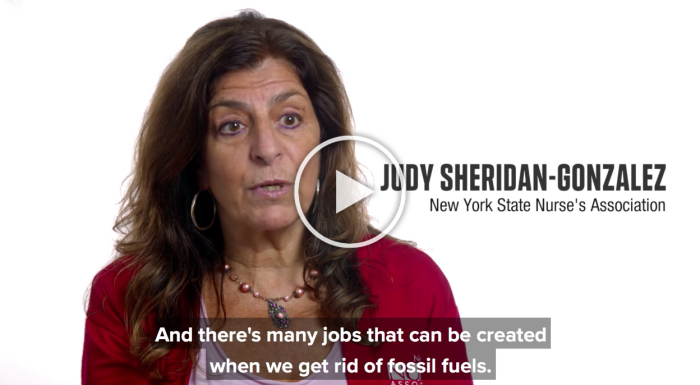 Unions have long been a powerful force. When employees and workers have stood together in solidarity and disrupted business as usual, they’ve won huge change. Now unions worldwide are getting on board with the Global Climate Strike. For example, Germany, France and Italy’s largest unions – representing millions of workers – are all encouraging their members to take part. Watch this video from American workers and union organisers to hear more.

Christine Caillaud, 48, from Italy knew about the climate crisis – but she wasn’t totally convinced of the need to protest. After her son saw other youth leaving their classrooms to strike for change, he joined and urged his mother to do something. Now she’s organizing other parents in her city, Torino. Watch 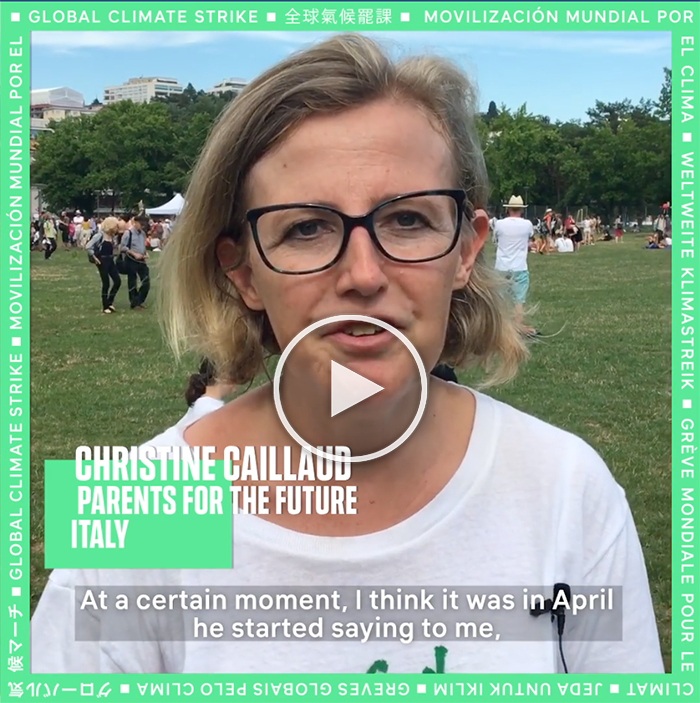 Artists play a huge role in pushing our collective imagination. The beautiful artworks they’re creating for the Global Climate Strike like the ones featured at the top of this mailing are no exception.

There’s an artist in all of us, so please share your own vision and message with others — whether that’s a simple doodle or a huge mural. Share them online using #ClimateStrike on social media or email them to us here. If you need some help, this new Arts Toolkit is packed with templates and examples.

And if you haven’t pledged to Join the Climate Strike yet, you can here: