This Fossil Free News was published as strikes were rolling on March 15. For future global updates every 2 weeks, sign up here.

Today is historic. As I write, 100,000s of children and students have already walked out of school to strike for the climate. And their global call to action is only just beginning – with incredible images and video from Australia, the Pacific, Asia, Europe and Africa already flowing in. 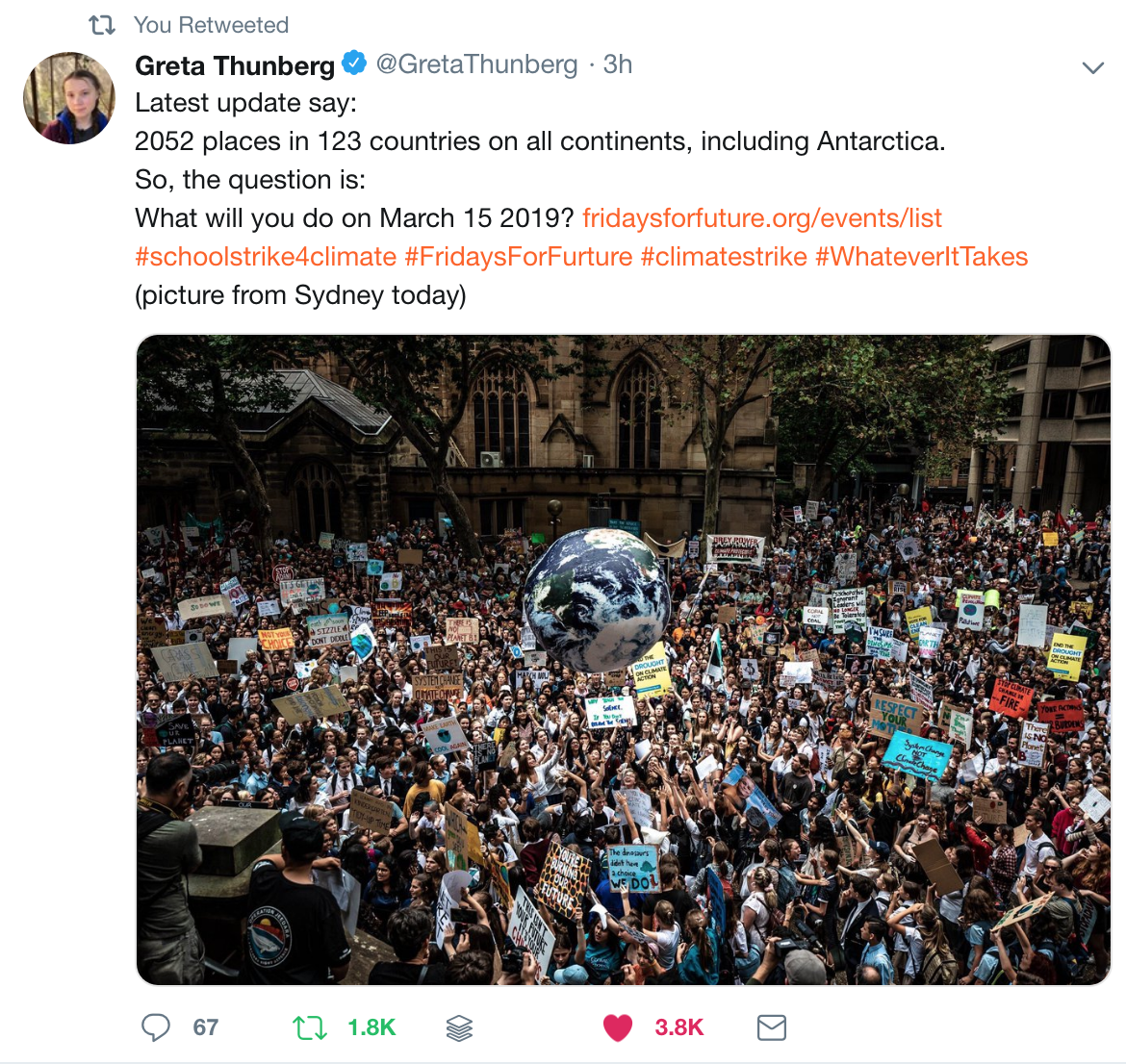 Young people’s message is clear: “Dear Adults, Use Your Power”. And this global Fossil Free movement has responded: thousands of you have been shouting about 5 simple ways grown-ups can support both today and beyond.

What happens today will resonate long beyond 15 March 2019; this is an epic wake up call for our future. A whirlwind moment we must seize. We’re giving this edition over to the young strikers today (and the Guardian is, too!)

Greta’s tweet above shows the massive 30,000+ crowd out in Sydney; across Australia organizers are counting 150,000 people taking part in 55 strikes around the country, which is begging the question: will we hit one million worldwide by day’s end? 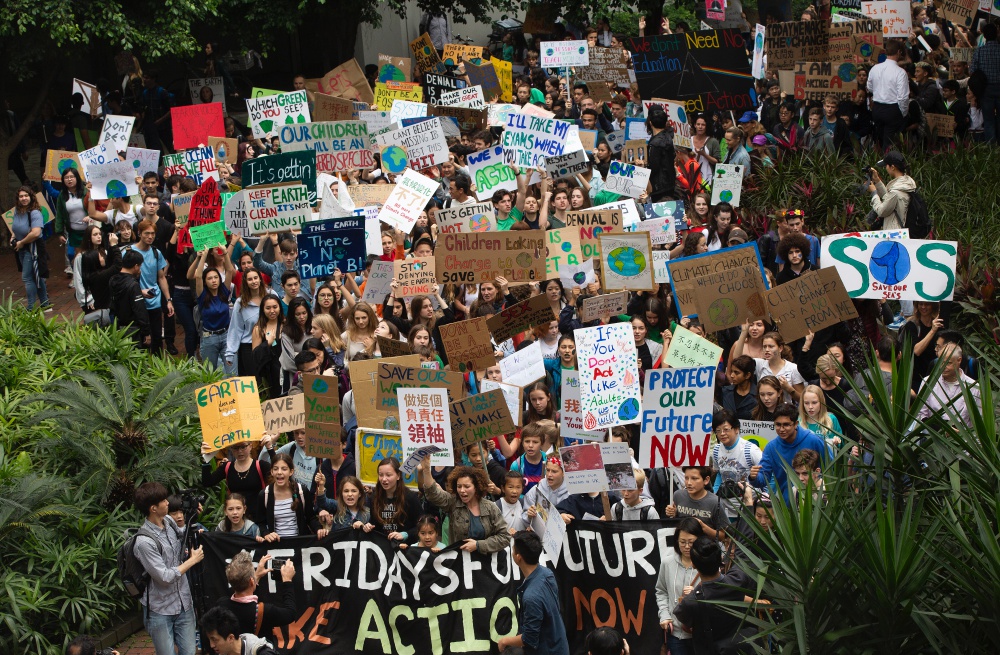 In Bukidnon, the Philippines, a group of students trekked over 12 mountainous kilometers to join other students striking in the province. Meanwhile, Hong Kong saw its largest ever environmental protest. In Delhi, India students chanted no to coal, while in Indonesia kids took to the beach in Bali with messages demanding 100% renewable energy.

Yet difficulties arose. In Uganda, a young student who has been actively taking on leadership and organizing had their strike not permitted by police, despite having followed procedures. Show your support online. And after a momentous, inspiring day of school striking in New Zealand, our hearts were devastated to hear of the shootings in Christchurch. 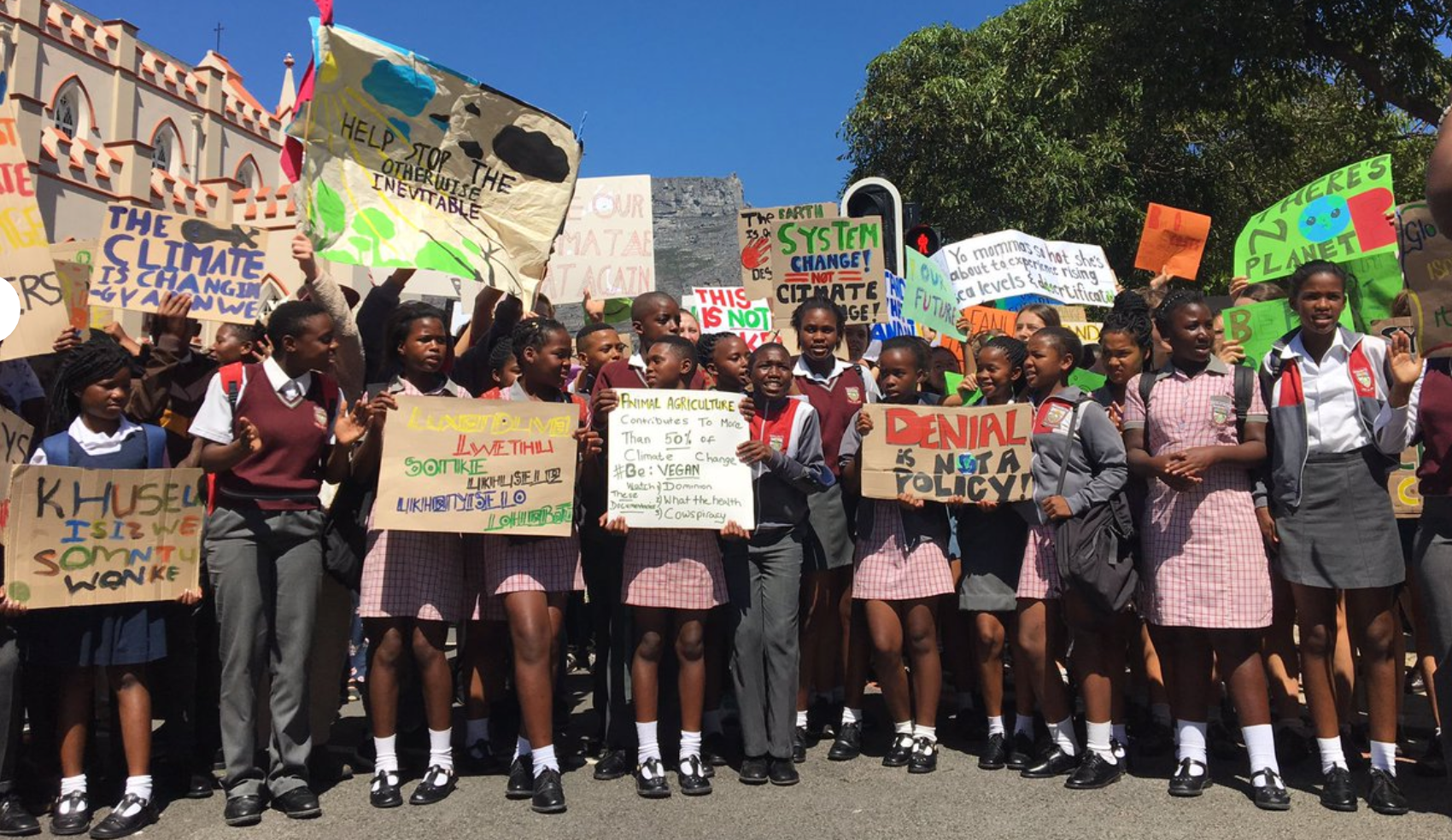 Students in Cape Town preparing to kick off their school strike. Photo: 350 Africa

Remember, today is only the beginning. Strikes in Europe and Africa are underway right now and there are 100s more planned later today. You can click on this map for all the strikes planned around the world . 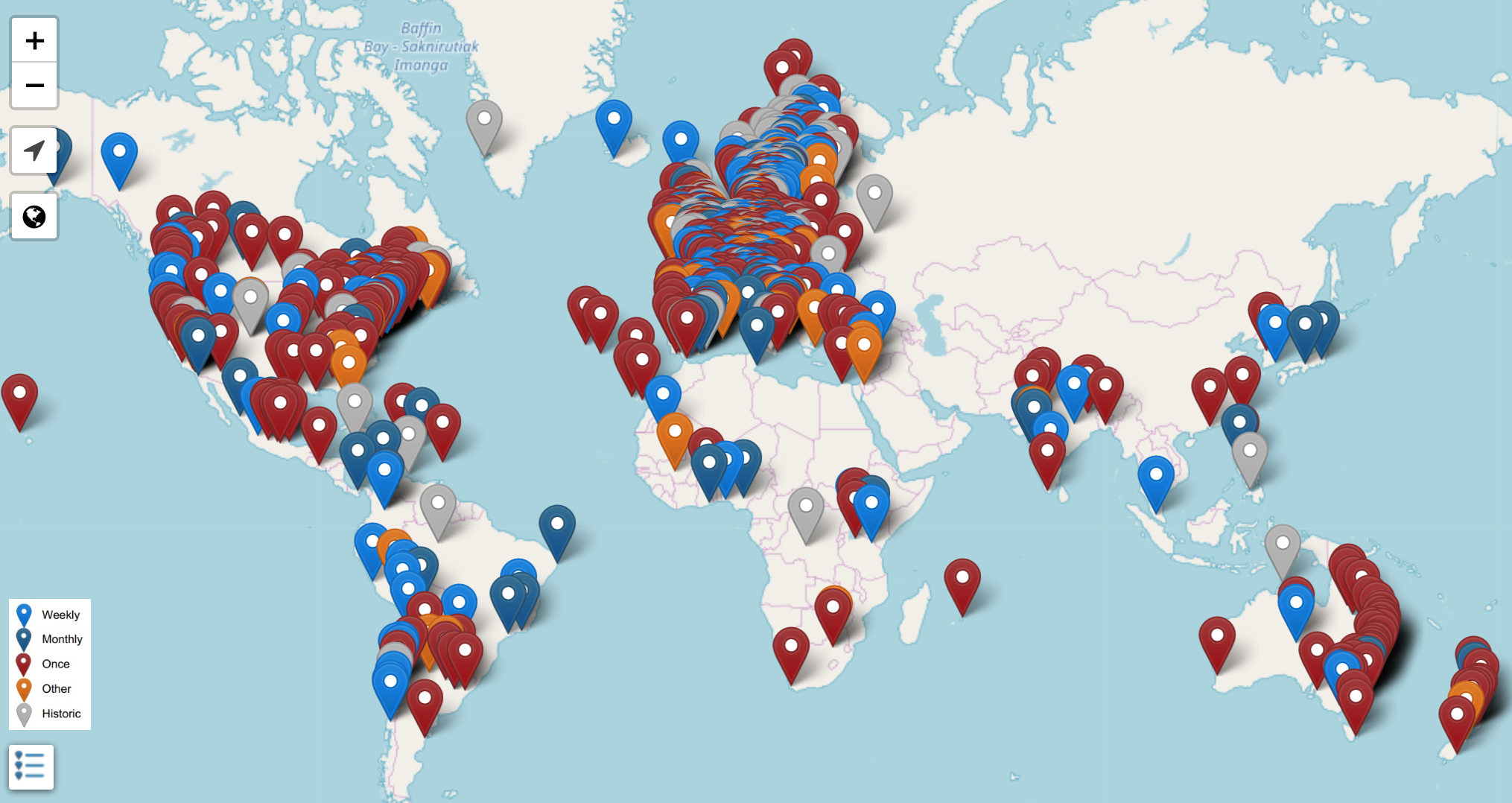 Yesterday, in Nairobi, Kenya, leaders met for the One Planet Summit, despite the tragic loss of 17 delegates in the Ethiopian Airlines crash last Sunday. The summit aims to advance climate action for Africa; yet sponsors like the African Development Bank (ADB) continue to fund fossil fuels on the continent. People from Africa and European countries to the Summit made it clear the ADB needs to stop immediately. Deadly floods in Malawi this week have displaced over 100,000 people and are illustrating the urgency; many there and in neighboring Mozambique are sadly also bracing for ‘extremely dangerous‘ tropical Cyclone Idai. 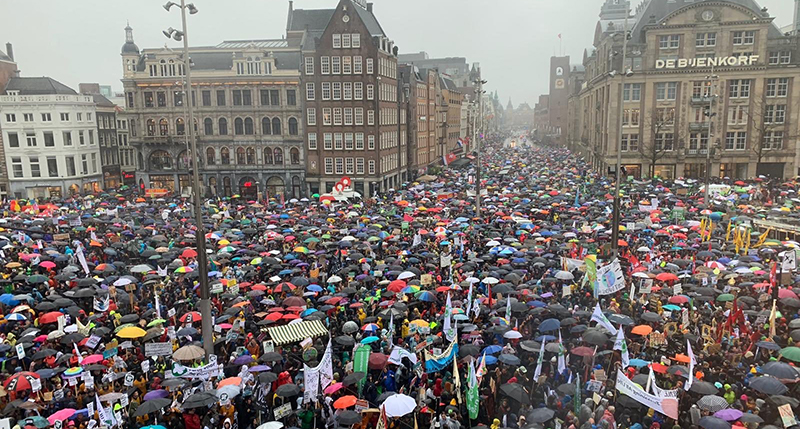 Last Sunday March 10, despite dreary rain in Amsterdam, over 40,000 people were in the streets to demand more ambitious and just climate policy. The huge Klimaatmars brought together different groups from across the Netherlands, including school strikers, communities impacted by gas extraction in Groningen and those fighting to break the Netherlands’ ties with Shell. Just last month, 6 organizations including Fossielvrij NL announced they’re taking Shell to court over its role in causing climate change.

Other legal challenges: In Poland, lawyers are taking on what would be the country’s deepest coal mine, and the US Supreme Court decided in a case challenging a coal mine in India that the World Bank’s private lending arm is not above the law.

In an unprecedented move felt in global financial markets, Norway’s $1-trillion sovereign wealth fund (the world’s largest) divested from small and medium upstream oil and gas companies. ‘Integrated’ companies, like oil majors, aren’t included in the divestment – but it seems there’s certainly political will to include them down the line.

Smaller people-powered wins were reported as well, with divestments in Clare Hall and Stirling in the UK. And over in Finland, a 2029 coal phaseout was approved.

I absolutely love this video of students at Nelson College in New Zealand doing the Haka, the Maori tradition, to inaugurate today’s school strike. The energy is incredible – watch! I hope its strength extends to all those in the country grieving in the wake of the tragic shooting today. 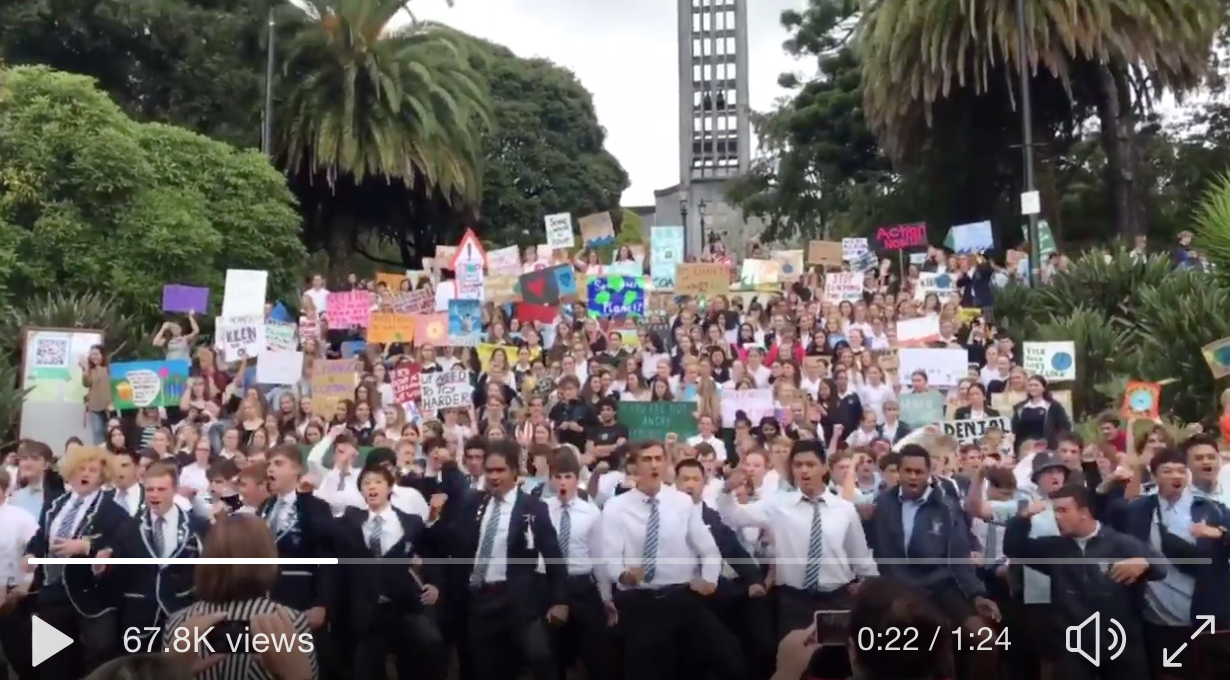 Still looking for ways to help? You can submit your own video messages and photos from the strike and we’ll use them to keep amplifying our power! Today is a day to use your voice – online and in the streets.

That’s it for now. Let’s all keep an eye out as strikes keep rolling – and we’ll be in touch again soon with all the latest developments.

For more global updates, sign up to receive Fossil Free News directly to your inbox every 2 weeks.