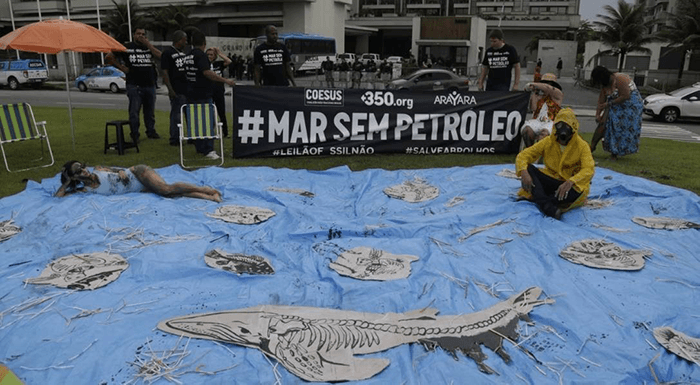 No deal: A pristine ocean area in Brazil is safe from oil and gas exploration, after the government failed to auction four blocks affecting Abrolhos National Park. Oil executives admitted they did not make any offers because of pressure from environmental activists. Outside the auction itself, protesters demanded an ocean without oil. More 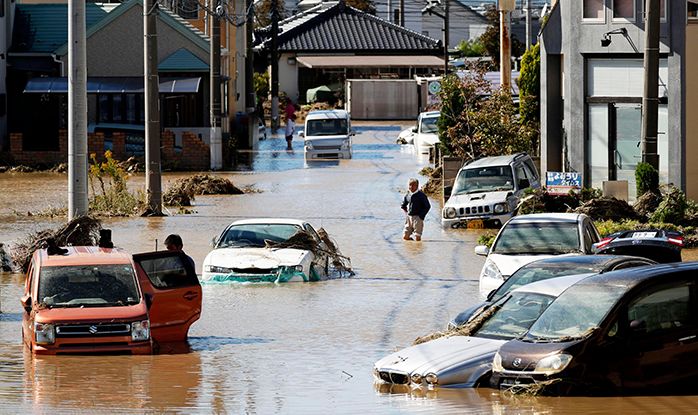 Japan: Typhoon Hagibis devastated central Japan, claiming over 75 lives as levees broke and floodwaters rose. The damage reveals that existing infrastructure is not enough to protect people in this era of more intense storms fuelled by climate crisis. More 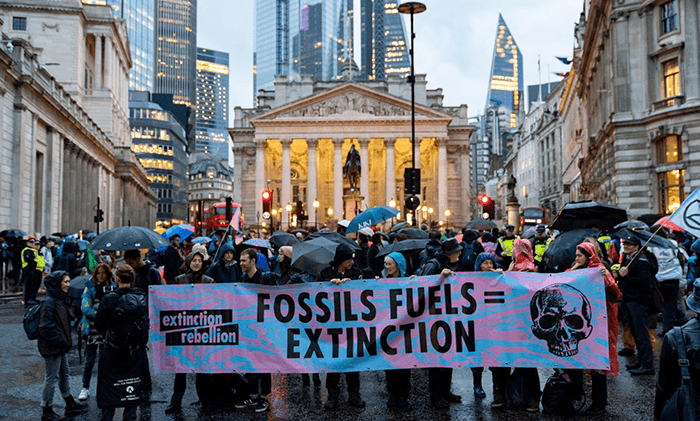 Rebel: The International Rebellion has struck cities across the globe with an array of disruptive actions. In London, the 20,000-strong Extinction March was organized as a funeral procession to mourn ongoing ecocide, while hundreds in Prague blocked afternoon traffic. Read more about the Rebellion day by day, city by city.

EIB stalls: On Tuesday, the European Investment Bank postponed its decision on whether to end fossil fuel finance, after last-minute lobbying from the gas industry. Its draft policy would have, if approved, ended funding of fossil fuel projects by 2020. Activists have been fiercely campaigning for months – expect them to keep pressure up until the new vote in November. More

You can demand EU Finance Ministers approve this bold new fossil free path and send a signal to banks around the world: Sign the petition. 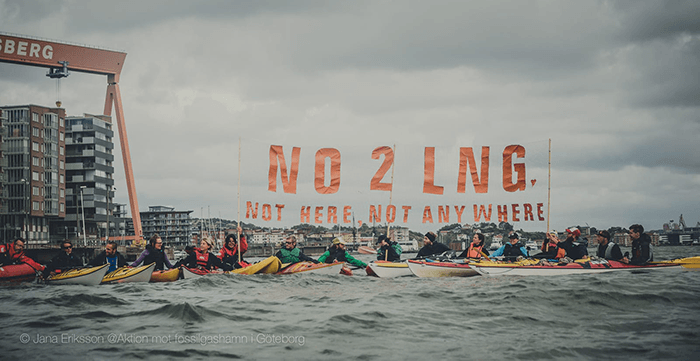 In a huge win, the Swedish government decided last week to deny the EU-backed Gothenburg gas terminal its final permit on climate grounds. Read this inspiring letter from Fossilgasfällan, the local group that made it happen with years of resistance and a hundreds-strong blockade in September.

Do you want to start your own local group to fight the fossil fuel age? There are plenty of resources to help you get started.

On this 10-minute episode of The Indicator, Bill McKibben talks about the beginnings of the divestment movement and why it’s necessary to ‘follow the money’ to end fossil fuel finance. Listen

‘Canto al Agua’ was composed by Catalina Torres, a Colombian musician and organizer, for the Climate Strikes in Colombia. She brought 60 people together to sing it in chorus and is encouraging youth to keep using art and creativity to fight climate breakdown.

Need more ideas for ways to get involved? Find out how you can keep up the pressure, whoever and wherever you are.

You can also take the survey to let us know how you’ve been using your power over the last two weeks.