Disrupt fossil finance: On Friday, activists from across Europe showed up outside the European Investment Bank (EIB) in Luxembourg to highlight the bank’s role in financing disruptive fossil fuel projects with public money. They sang and delivered messages from people fighting on the frontlines of EIB-funded fossil fuel projects. It’s just one of many recent actions to shut down fossil fuel finance. Read more 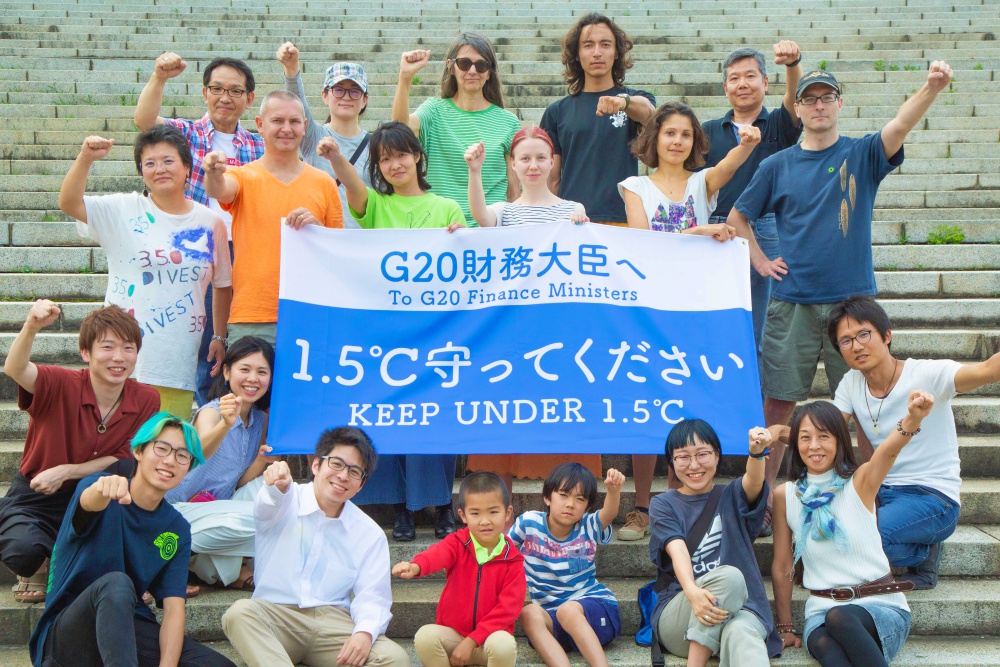 Tokyo, Japan: A local campaign urges G20 leaders to put the climate crisis at the top of their agenda. Photo: 350 Japan

G20 warm-up: Finance ministers from each of the world’s 20 largest economies met in Fukuoka, Japan over the weekend, ahead of the G20 summit in Osaka on June 24-29. Yet there was no genuine mention of tackling fossil finance. So people’s calls for Prime Minister Abe to lead by example and end coal finance are intensifying. Read more 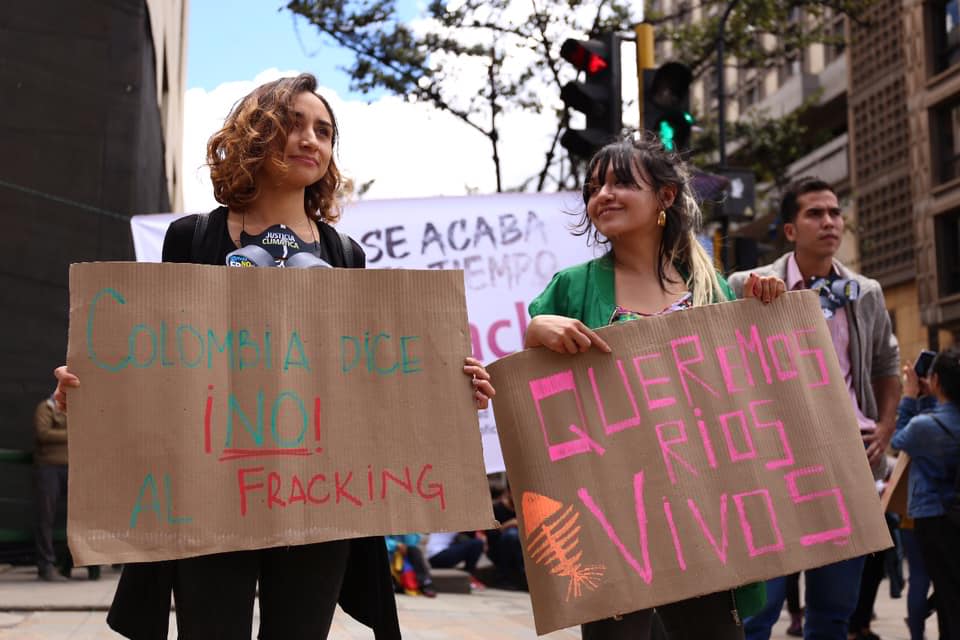 ‘No al fracking’: Across Colombia on Friday, over 100 cities and municipalities organized marches against fracking during the National Water Carnival. Extraction is threatening water and climate across Latin America. See more photos on Facebook 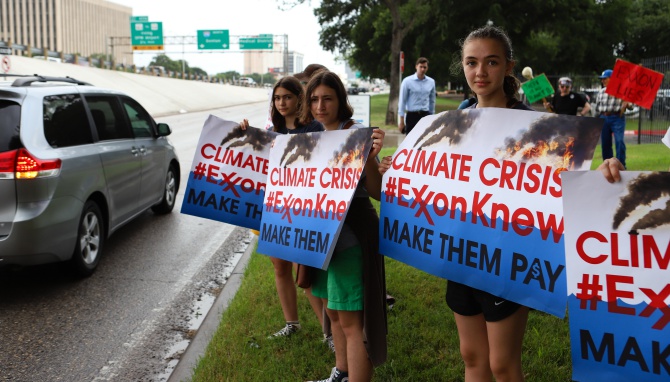 Make them Pay: Activists brought a 100-foot hand-painted banner to Exxon’s shareholder meeting in Dallas, to remind executives that they’re accountable for destroying communities across Texas and beyond. They’re demanding the oil giant pay for the damage. More 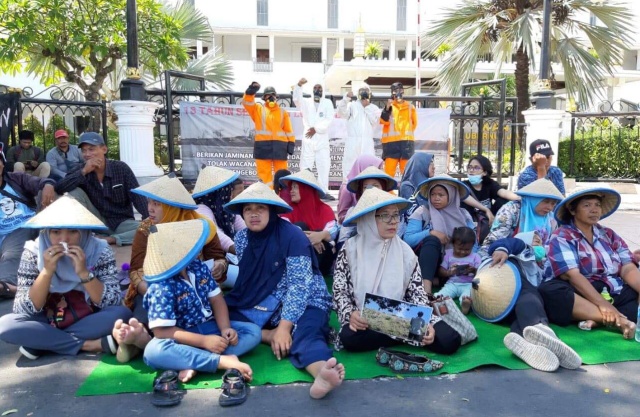 This is not a drill: May 29 marked 13 years since the Sidoarjo gas disaster, where a drilling failure in Indonesia displaced tens of thousands of people. Many are still awaiting compensation. But the company responsible, Lapindo Brantas, just got new permits to drill again in the same area. Local campaigners are working with people targeting the project investors in Europe, to make sure they can’t go ahead: Read more

Want more news like this? I really recommend the Gastivists monthly newsletter, which focuses in on the movement to resist gas in Europe and around the world. 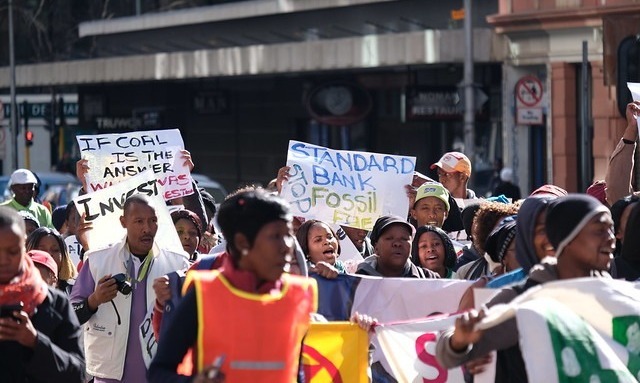 On 30 May, people in South Africa call on shareholders to pass a climate resolution. Photo: Dean Daleski

Divestment: The University of Quebec at Montreal committed to end all investments in fossil fuels. Wadham College in the UK dropped coal and tar sands investments, but are still clinging to oil and gas.

Interested in working with 350.org? If you’re qualified and passionate about the climate movement, we’d love to hear from you. Check out our jobs postings.

“We were raised believing the sea would always sustain us, only to now be confronted by the fact that it could one day swallow us.” 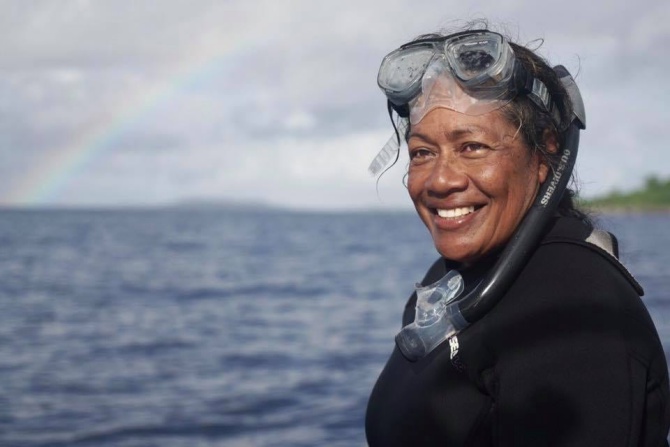 Friday was World Ocean’s Day, with the theme “gender and the ocean.” It’s an opportunity to honor the complex and inspiring roles women play in ocean spaces. This blog takes a look, and lifts up the work of some amazing women climate activists from the Pacific. Read

That’s it for now. We’ll be back in two weeks with more climate movement news from around the world – make sure you sign up to get it.