BIG NEWS! We found out today that San Francisco State University has become the first public university and first school on the west coast to divest from coal and tar sands as a first step towards full fossil fuel divestment. We’ll try and post more information soon, including from the INCREDIBLE student leaders who made this victory possible. For now, here’s a press release about the big announcement.

San Francisco, CA — San Francisco State University (SFSU) became the first public university and first school on the west coast to commit to divest immediately from coal and tar sands companies and start a formal process to look at fully divesting from the fossil fuel industry.

The SF State University Foundation, which manages $51.2 million endowment for the university, issued the following statement on the decision:

“The SF State University Foundation Finance and Investment Committee voted unanimously at its May 20, 2013 meeting to limit direct investments in fossil fuel companies. The SF State University Foundation Executive Committee also voted unanimously at its May 23, 2013 meeting that the foundation would not directly invest in companies with significant production or use of coal and tar sands and that it would amend its Investment Policy Statement (IPS) to reflect this change.” 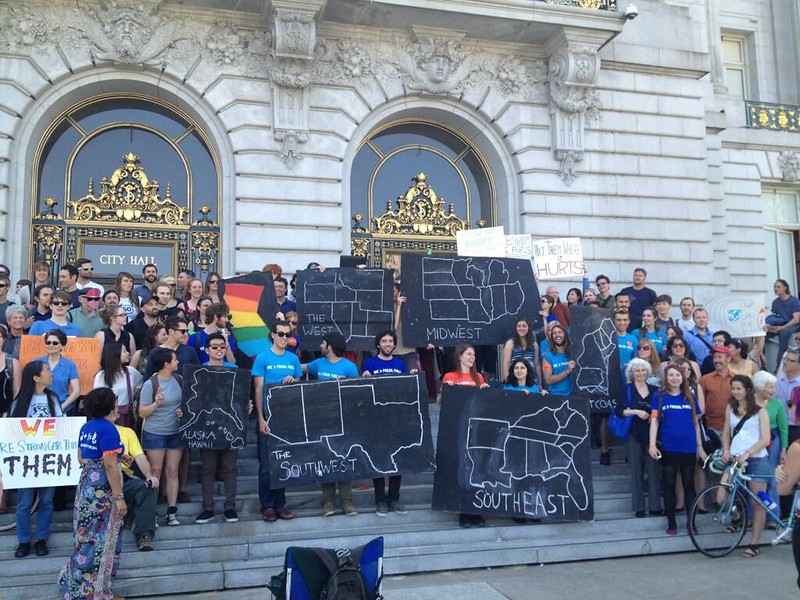 “A dynamic collection of students at San Francisco State University tackled the issue of climate change this spring semester 2013 after a few students heard Bill McKibben speak on his Do the Math tour,” said Brittany Giunchigliana, a student helping lead the university’s divestment campaign. “We worked our way professionally and respectfully through the bureaucratic ladder and learned the language of investments. Our hard work paid off when the Foundation committee unanimously agreed that divestment from fossil fuel companies must ensue.”

SFSU is the sixth college or university in the United States to take a significant step towards fossil fuel divestment. Five East Coast colleges, Green Mountain, Hampshire, Sterling, Unity, and College of Atlantic have all committed to fully divest their endowments.

Over 10 cities, including San Francisco, Berkeley, Richmond, and Santa Monica, California, have committed to some form of divestment. In San Francisco, the Board of Supervisors voted this April to urge the city’s Retirement Board to divest over $583 million of its $16 billion pension fund from the top 200 fossil fuel companies.

A number of religious institutions, including the United Church of Christ in Massachusetts, the Evangelical Lutheran church in Portland, and a number of Unitarian Universalist churches from Utah to Massachusetts have also committed to divest.

The Fossil Free divestment campaign has spread to over 300 colleges and universities and 100 cities, states, and religious institutions over the last six months. The campaign is a coalition effort led by 350.org, the Sierra Student Coalition, the Energy Action Coalition, the Sustainable Endowments Institute, the Responsible Endowments Coalition, and As You Sow.