Wow! We launched this new fossil fuel divestment campaign this November 7 and in less than a month campaigns have sprung up on over 100 colleges and universities across the country. From big schools like the University of Michigan to small liberal arts colleges like Amherst, the idea of divestment is spreading like wildfire.

It’s hard to keep up with everything that’s going on across the country, but here are a few updates from the growing movement. Earlier this month, Unity College in Maine became the first in the nation to meet our demands and fully divest from fossil fuels (Hampshire College in Massachusetts has also passed a sustainable investment policy that effectively divests them from fossil fuels). At Harvard, a student resolution supporting divestment just passed with 72% of the vote and students are now pushing to meet with President Faust about divestment. Just north, UNH students will be delivering 1,000 signatures to their president today to call for a meeting on divestment (they’re already getting AP coverage for the action). Down the coast, at Brown, students are also rallying to today to push their administration to divest from coal. 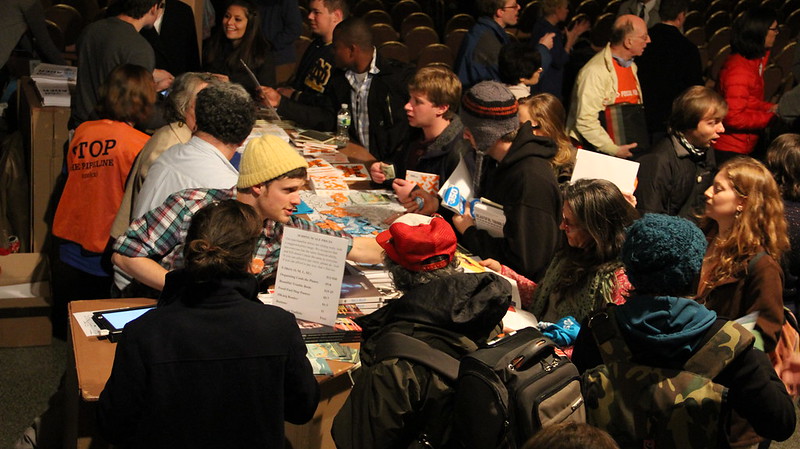 Students share information about the divestment campaign at a Do The Math tour stop.

Over in the midwest, students are calling on the Badgers to divest and just published an editorial in the University of Wisconsin’s campus newspaper (more editorials are popping up across the country, like this one from Cornell). At University of Colorado in Boulder, students are preparing for a big Do The Math tour stop next week. And out in California, the five Claremont colleges have banded together to push for divestment across the system. Not to be outdone, the University of California schools are also hard at work, joining with our partners at the California Student Sustainability Coalition to push for divestment.

The campaign has even made it up to Canada! Check out this article from the McGill Daily about the student effort there to divest from fossil fuels, especially the dirtiest of dirty fuels, the Canadian tar sands. Speaking of Tar Sands, earlier this month a group that included some of the largest investors in the world, with over $2 trillion in assets between them, called the current development of the tar sands environmentally unsustainable and demanded immediate changes. 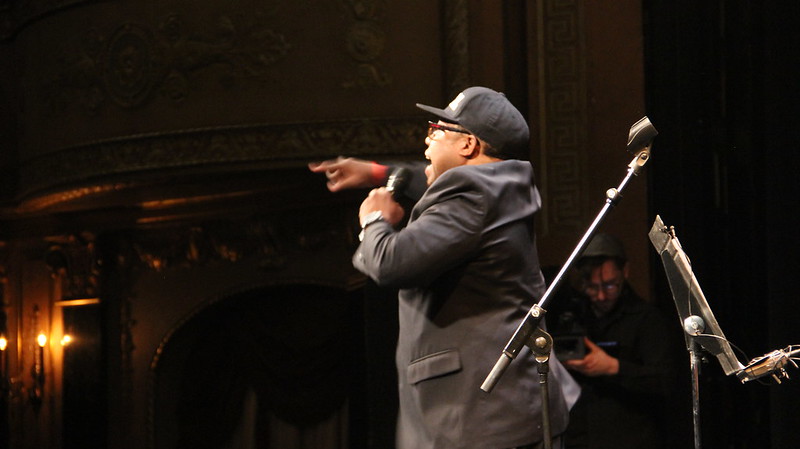 Rev. Lennox Yearwood of the Hip Hop Caucus rallies another sell-out crowd at Do The Math and calls on historically black colleges to divest from fossil fuels.

Off-campus, the divestment campaign is also heating up. On the first day of our Do the Math tour,  the Mayor of Seattle announced that he would be looking into divesting the city from fossil fuels. Not to be outdone, the Mayor of Portland said that he could look into the matter as well. Over in Vermont, there’s already talk about legislation to divest the state from fossil fuels.

We’re also generating some great national media coverage. Here’s a piece from PRI’s Living on Earth that profiles efforts in Massachusetts. The Nation has been running a great series covering the campaign, with lots of guest posts from students. It’s great to see Campus Progress picking up the beat as well. Meanwhile, the Do the Math tour is getting the spotlight in everywhere from Rolling Stone to papers like the Seattle Times. Keep your eyes out for some more big articles coming up. (Oh, and did we mention that the tour stop in DC also included a 3,000 person rally against the Keystone XL pipeline? That was great too.)

With so much going on, it’s been hard to keep up — and we’re still on the first month! As Bill is fond of saying from the stage, this is still a David vs. Goliath fight: the fossil fuel industry is the richest industry in the history of the universe. That said, it’s incredibly inspiring to see things moving so quickly. And, remember the story: David wins. 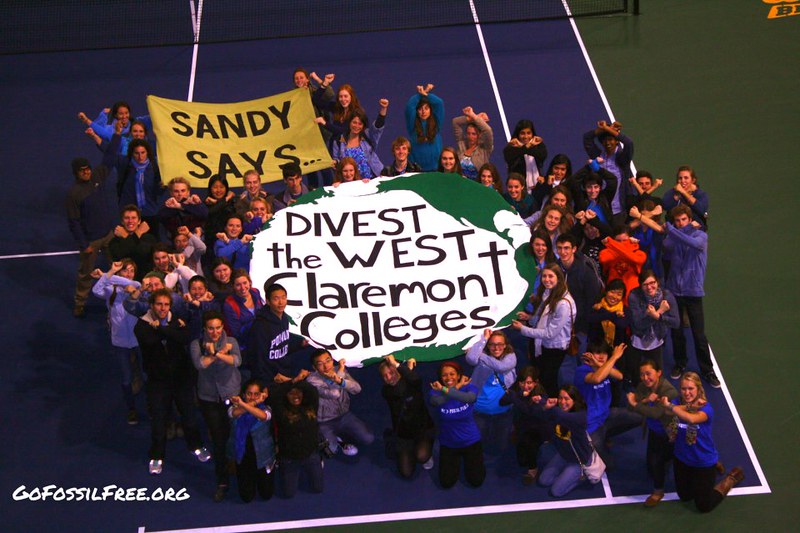 Students at the Claremont Colleges are ready do divest the west!