An Open Letter to Andrew Cuomo

This week, Governor Cuomo laid out his progressive agenda for 2019. Although he promised “carbon neutral electricity” by 2040, he offered no concrete plan to achieve this and did not commit to any other essential steps to build a Fossil Free New York.

This is an open letter on behalf of 350.org to Governor Andrew Cuomo. We invite you to sign on in support and join the chorus calling on Cuomo for a Fossil Free New York.

Your third and final term as Governor of New York is about to begin, along with your last opportunity to determine the legacy you’ll leave for this state. You have a choice: you can act now to transform New York into a national beacon of justice, equity and climate action, or stick to your empty rhetoric and undermine the health and safety of our communities and climate.

At this moment, you’re on the latter course. Although you’ve banned fracking and, just days ago, promised a Green New Deal and “carbon neutral” electricity for New York by 2040, much work remains to realize a Fossil Free New York. Pipeline and gas plant proposals abound, and you’ve yet to commit to a clear and detailed plan for a just transition to 100% renewable energy. Our state pension fund has billions invested in fossil fuel companies. New York has a long way to go.

Our demands remain the same:

You must ban new fossil fuel projects like the Williams fracked gas pipeline and Danskammer gas plant from being built. Projects like these would harm New Yorkers for decades to come. You’ve stepped up before to stop risky projects like the Constitution pipeline—but the people of New York shouldn’t have to fight each project on an individual basis. Do the right thing for our communities and climate: a comprehensive ban on all new fossil fuel infrastructure.

You must help pass a strengthened Climate & Community Protection Act (CCPA) that justly transitions New York to 100% renewable energy. New York gets less than 5% of its power from wind and solar. That has to change, and fast. A strengthened CCPA would offer the best path towards achieving a just transition to renewable energy by prioritizing frontline communities and workers—especially low-income people and people of color. It’s not enough to set a goal of 2040 without a plan to achieve that goal. Putting your support behind a strengthened CCPA in 2019 will ensure that New York gets moving on a just transition as soon as possible.

You need to prioritize divestment and making corporate polluters pay in 2019. Last year, you called on Comptroller Tom DiNapoli to divest the $210 billion public pension fund. Recently, former Attorney General Barbara Underwood filed suit against ExxonMobil for defrauding investors. Use the power of your office to secure state pension fund divestment in 2019—not a penny more from New Yorkers to line the pockets of the fossil fuel industry.

On Monday you vowed to “disconnect from the nationalism and racism” of the Trump administration—but it’s not enough to do this in rhetoric alone. Racism is not merely ideological; it’s a material structure. Pipelines and gas plants disproportionately polluting communities of color is racism. Worsening climate impacts hitting communities of color first and worst is racism. As you build a 2019 climate action plan for a Fossil Free New York along the guidelines we’ve provided, you must include and center communities of color every step of the way.

We recognize these aren’t easy tasks, but the science of climate change isn’t calibrated to our convenience. The clock is ticking, and people across New York, the country, and the world are counting on public servants such as yourself to step up and demonstrate real climate leadership.

This is an open letter to Governor Andrew Cuomo. If you haven’t signed on in support yet, click the button below to add your name — we’ll be sending this letter and your signatures to the governor directly.

Governor Cuomo: Fight for a Fossil Free New York in 2019

As he enters his final term as Governor of New York, Andrew Cuomo has yet to prioritize the demands of a Fossil Free New York. In this letter, posted to the right, 350 calls on him to do the following in 2019:

We’ll deliver this letter — and your signatures — to him by email. Add your name now to join the growing chorus of voices demanding a Fossil Free New York.

Thank you for helping hold Cuomo accountable to building a Fossil Free New York in 2019. 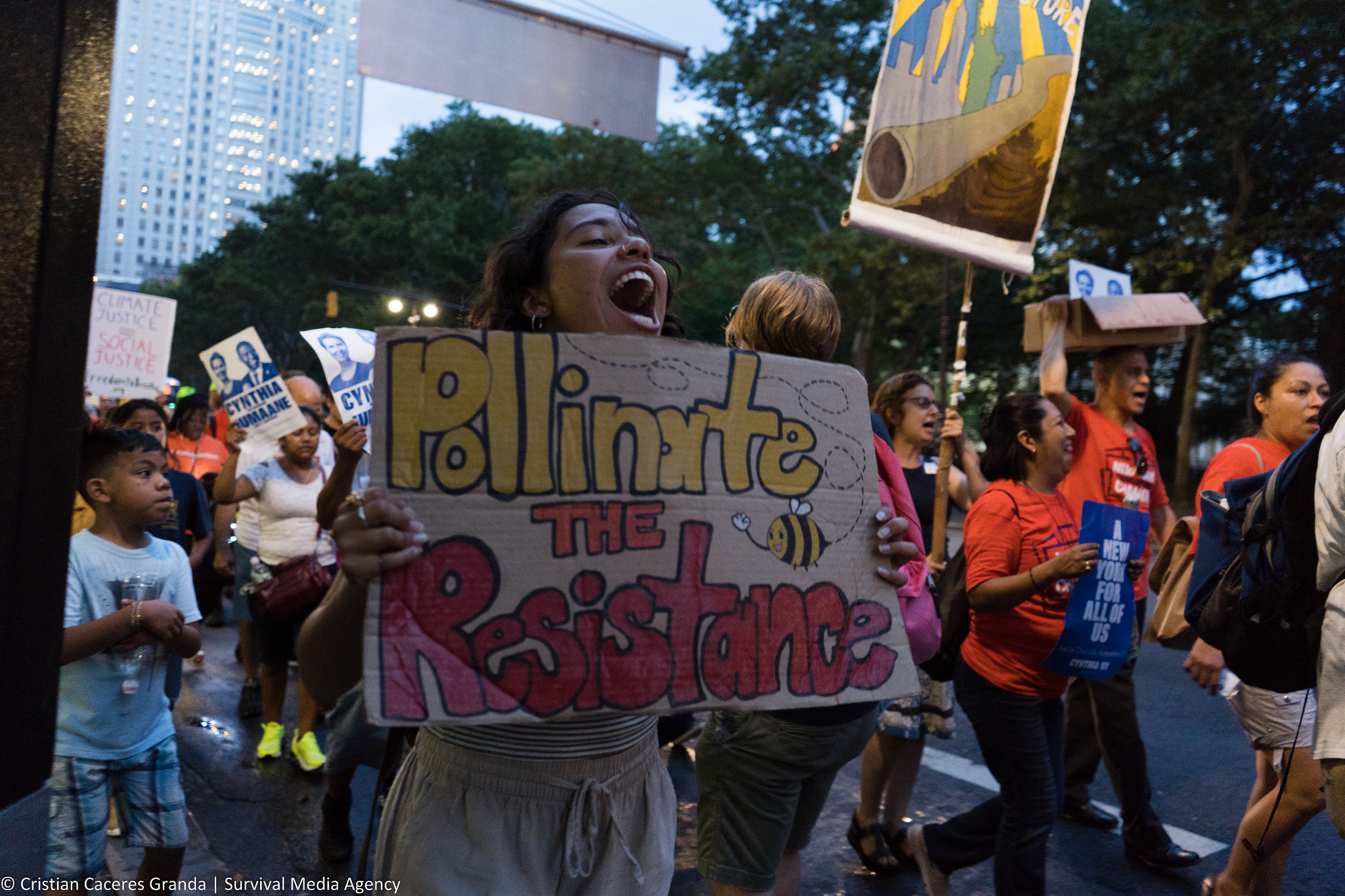 Governor Cuomo: Fight for a Fossil Free New York in 2019

As he enters his final term as Governor of New York, Andrew Cuomo has yet to prioritize the demands of a Fossil Free New York. In this letter, posted to the right, 350 calls on him to do the following in 2019: Ban all new fracked gas infrastructure projects, like the Williams Pipeline, in the state of New York. Pass a strengthened Climate &amp; Community Protection Act to secure a fast &amp; just transition to 100% renewable energy. Prioritize divesting from fossil fuels and making corporate polluters pay for their damage. We’ll deliver this letter — and your signatures — to him by email. Add your name now to join the growing chorus of voices demanding a Fossil Free New York.